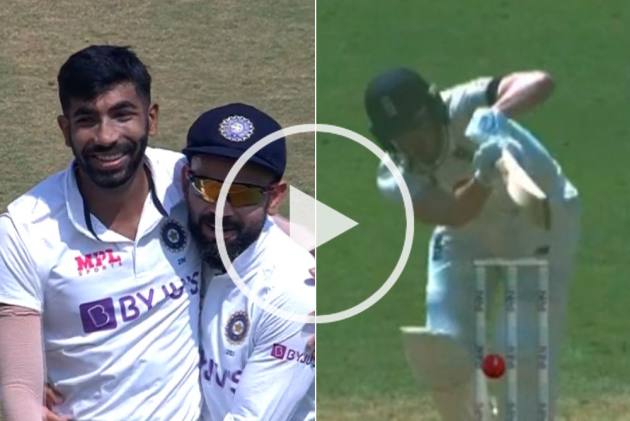 On Day 1 of the first Test, Bumrah also took his first Test wicket on the soil when he trapped Daniel Lawrence in front in the 26th over after England captain Joe Root won the toss and elected to bat first.

In the process, Bumrah broke Javagal Srinath's unique feat. The 27-year-old has taken 18 matches to make home debut in the longest format of the game. Srinath made his home debut after 12 overseas matches.

Bumrah, who missed the series-deciding Brisbane Test against Australia last month due to an injury, entered the match with 79 wickets. The right-arm pacer made his debut in 2018 against South Africa at Cape Town.

For England, Burns, Ben Stokes and Jofra Archer returned after missing the series in Sri Lanka while Zak Crawley missed out due to injury. The visitors picked pace duo James Anderson over Stuart Broad to lead the attack.

This is Root's 100th Test match. Incidentally, the 30-year-old made his debut during the series against India in 2012.