India women are playing their first Test match since November 2014. And their fixture against England is also the first non-Ashes women's Test in more than six years 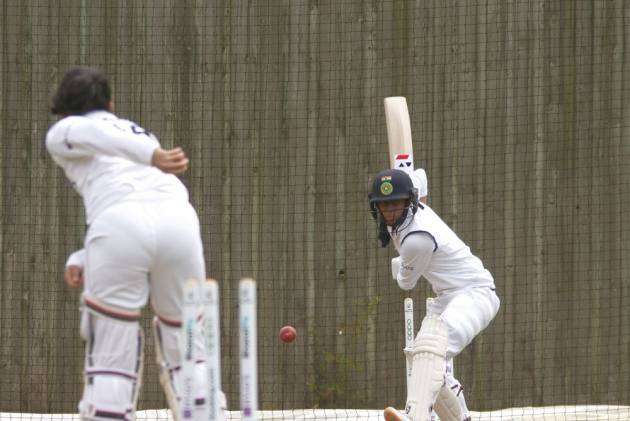 A favourable record in England and "positive mindset" despite inadequate preparation time will spur the Indian women's cricket team when it takes on the seasoned hosts in its first Test engagement in nearly seven years in Bristol from Wednesday.

After multiple quarantines in India and UK, the Mithali Raj-led squad got little over a week to prepare for its first red ball game since November 2014.

Mithali was among the seven current players, who were a part of that victorious eleven against South Africa in Mysuru.

While experienced players like the skipper, her deputy Harmanpreet Kaur, Smriti Mandhana and Jhulan Goswami have not played red ball cricket at all in recent times, it will be an even tougher test for the younger lot who don't get to play first-class matches in domestic cricket.

Unlike the men's squad, which played intra-squad games in Southampton ahead of the WTC final, the women prepared only in the nets which might hurt them in the four-day game.

"The players are in good shape and have been training well but there is no substitute to match practice. Whether it is a one day game or a four-day game, you bat or bowl for the same time in the nets," a BCCI source told PTI.

"Since it is a four day game, only time will tell if they are ready to stand in the field for longer periods or bowl multiple long spells. If you play a practice match, there is pressure. That same pressure is not there in the nets," he added.

Harmanpreet has already conceded they got limited time to get ready for the one-off Test but said India go into the game "mentally prepared", having got some valuable advice from men's team vice-captain Ajinkya Rahane.

There is a good chance that 17-year-old batting sensation Shafali Verma opens in the game alongside Mandhana.

She goes into the game with no baggage and could well make a big impact at the top of the order.

The experienced trio of Mithali, Harmanpreet and Punam Raut will be expected to do the job in what will be challenging conditions for them also.

There could be some respite in store for the batters with England choosing Kookaburra over Dukes ball, which does more, for the game as the home team builds up to the Ashes Test against Australia later in the year.

It also remains to be seen if veteran pacers Jhulan Goswami and Shikha Pandey would be able to bowl long spells, having not done so for a long time.

The spinners, who had a forgettable time at home in the limited overs series against South Africa, would be be itching to make amends.

The visitors can surely take heart from their past record in England where they have not lost in eight games, having won two out of them.

England's star all-rounder and newly-appointed vice captain Nat Sciver is among the six squad members who played in their last Test match against India back in August 2014.

The tourists had won that game in Wormsley by six wickets.

England remain the favourites to win the upcoming contest but Sciver expects India to play fearlessly.

"They're an ever-growing side. There's always a new, young talent on the team who isn't afraid to go out there and show what they've got. They seem to be more fearless than I've seen before," Sciver said.

"Couple that with a lot of experience in their team - with Mithali Raj, Jhulan Goswami - they can be a very difficult side to beat. Hopefully in England, in our conditions, we can hone our skills and make sure that we're doing the right things.

"Last time we played India, we weren't very good in that Test match and we didn't play to our potential so hopefully we can do better this time," she added.