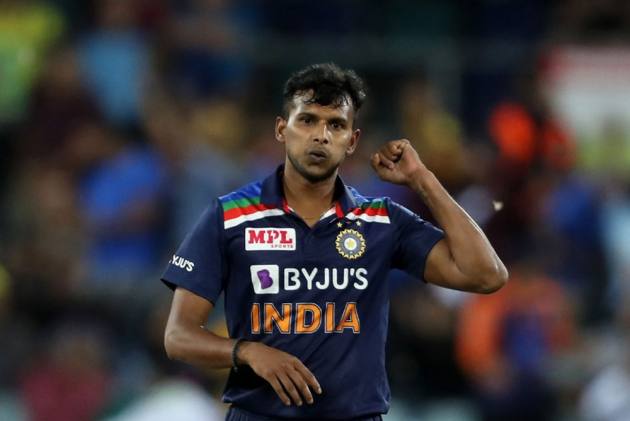 India's left-arm yorker sensation Thangarasu Natarajan has passed his fitness Test and joined the team during the fourth T20 International against England in Ahmedabad on Thursday. (More Cricket News)

The 29-year-old, who impressed one and all in Australia by making his debut across all formats, had a shoulder injury as well as a knee niggle that had ruled him out of the first couple of games of the five-match series.

"Natarajan has passed all the mandatory fitness tests including YoYo and 2km run. He had flown into Ahmedabad a few days back but had to undergo mandatory hard quarantine since he was not a part of the bubble," a senior BCCI official told PTI.

"Today, his quarantine got over and he could sit in the dugout. He will certainly be available for selection in the next game also and for the 50 over games," he said.

Natarajan was brilliant during India's T20 series win in Australia and was also given a Test cap in Brisbane where he got three wickets in the first innings.