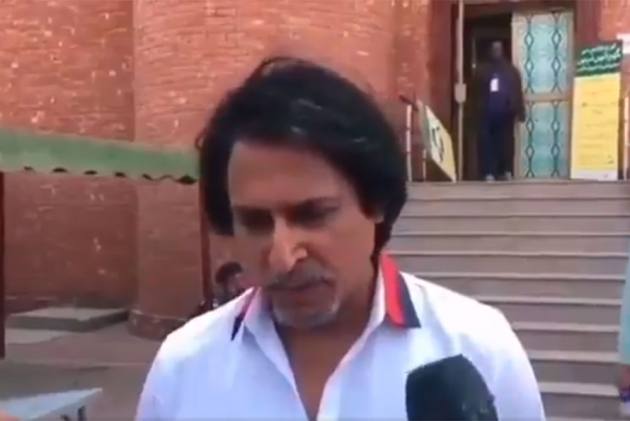 Former Pakistan captain Ramiz Raja believes that England have traditionally been a better travelling team to the sub-continent and their strategy to club the earlier-postponed Sri Lanka Test series with India is an impressive move. (More Cricket News)

England are the last overseas team that have won a Test series in India back in 2012 under Alastair Cook's captaincy.

"It is a series between the top two Test sides because Australia has been beaten at home and I like the New Zealand team because of their captain (Kane Williamson) but I think on overseas tours, England have done better than them," Ramiz said to a YouTube channel.

He noted that England had always had a different take on how to play in the subcontinent from other teams.

"England scheduled their tours perfectly. They have gone to India after playing in Sri Lanka so they are accustomed now to subcontinent conditions. England will take confidence from their series win in Sri Lanka and it will be a good series,” he predicted.

But Ramiz said that England's skill level will be tested in India.

"The good thing is that India’s second and third tier of players have also stood up in Australia and they have won a second series down under. So you can imagine their confidence level now with their main players and Virat Kohli back as well."

He said India will be very confident especially since their canvas of selection has also increased a lot.

"The fact that the second and third tier of players performed in Australia is an immense boost for them."

Ramiz said he would give a lot of credit to Virat and even Ravi Shastri for the enviable situation Indian cricket finds itself in.

"Kohli has brought passion and aggression to this team but I think they needed a person like Rahane after the Adelaide debacle to calm things down and he did it well.

"I also give credit to Shastri for maintaining a pro active environment in the dressing room and not let morale down of players in the face off so many injuries and absence of superstars."

He said India's batting had always had a lot of options but they were now winning Tests because they had developed bowlers who can take 20 wickets in a match.

Ramiz also felt that Pakistan team's think-tank had also come up with a very good strategy to defeat South Africa in the first test in Karachi.

"I think Pakistan got it right with the pitch as it took the sting out of the South African bowlers like Rabada and we have seen that South Africa say compared to England have struggled with spin conditions in the subcontinent in the past as well."