Shreyas Iyer reached his second T20I fifty in just 26 balls, with the help of five fours and two sixes, then finished off the chase with a mighty hit as India win the first T20I by six wickets 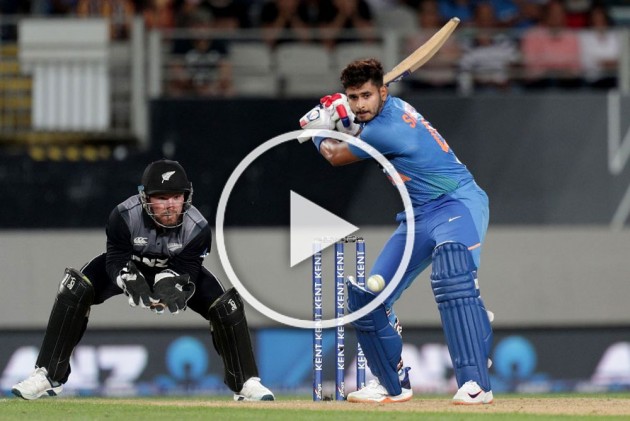 The 25-year-old reached his second T20I fifty in just 26 balls, with the help of five fours and two sixes. He then finished off the chase with a mighty six, over mid-wicket.

Chasing a challenging 204-run target, KL Rahul smashed 56 off 27 balls and together with Kohli shared 99 runs for the second wicket to lay the foundation for the chase.

Later, Iyer (58 not out off 29 balls) and Manish Pandey (14 not out) remained unbeaten as India chased down the target with an over to spare.

Opener Munro blasted six fours and two sixes in his 42-ball 59, while skipper Williamson treated the Indian bowlers with equal disdain, hitting them out of the park four times in his 26-ball 51.

Taylor then clobbered an unbeaten 54 off 27 balls. His innings was laced with three sixes and as many fours.

Opener Martin Guptill also chipped in with a 19-ball 30.