Ajinkya Rahane will be leading the Indian side in the absence of regular skipper Virat Kohli. Virat will be back in the squad for the second Test in Mumbai. 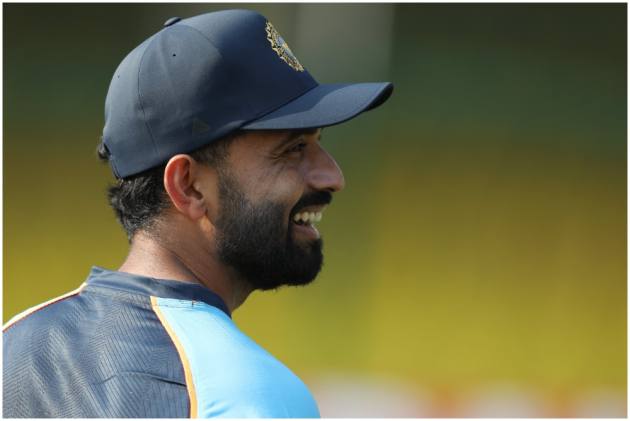 Ajinkya Rahane was not amused with questions related to his poor form, insisting that concerns about his lean patch are unfounded and contribution doesn’t mean a Test hundred in every game. (More Cricket News)

Rahane, who averages 19 in 11 Test matches this year, seemed under visible pressure as he reasoned that even a ‘30, 40 or 50’ from a specialist top-order batter would be an acceptable contribution provided the team wins.

“Not concerned about my form. My job is to contribute as much as possible for my team. Contribution doesn't mean that you need to score 100 in each game. Scores of 30, 40, 50 per innings are also important contributions,” Rahane said ahead of the first Test against New Zealand.

He won’t admit but Rahane knows that a poor string of scores in Kanpur and Mumbai can land him on a sticky place as far as selection for the away South Africa series is concerned. His thoughts on future was ‘Que Sera Sera’ (whatever will be will be).

“I am not too much bothered about what's going to happen in future. Whatever has to happen in future will happen and I have to stay in the moment, to give my best in that particular moment,” he said. But is it possible that one can segregate the batter and the leader.

“When I am batting, only batting is my focus and staying in the moment. It's as simple as that. When we are fielding, I am thinking about what sort of gameplans and strategies we have,” he added.

The skipper said new coach Rahul Dravid has not given them any special tips apart from asking them to keep it simple as they have experience behind them. “Rahul bhai told us to back our strengths and keep it very simple. Not to bother too much about it and for me and Pujara, we know our gameplans and we have been playing since so many years.

“So it's all about keeping it simple and backing ourselves and we are not worried too much,” he said, something similar to what his deputy had said on Tuesday. It's a challenge even for Indian batters to play on spin-friendly tracks.

Usually Indian captains do not say it but Rahane agreed that Indian batters also struggle on rank turners although he seemed happy with the track on offer at the Green Park.

It must be mentioned that over the years on Indian tracks, Rahane has had his share of struggles against slow bowlers and it will be interesting to see how he stacks up against left-arm spin of Ajaz Patel and if Mitchell Santner also gets a look-in.

“It's a challenge to play on spin-friendly wickets for Indian batters as well. We never play on such wickets. Batters, once they are in, will have to make (most use of) it. We are not bothered about (turners) as long as we are winning the Test match and the series,” Rahane said.

He also didn't seem too unhappy with the track but said that whatever is on offer, the team will try and adapt. “Yes, we are happy. I don't know how the wicket will behave. We have to adjust to whatever kind of wicket is given and whatever kind of conditions are there, we have to adapt, we are ready,” the skipper said.