Shreyas Iyer, who scored 105 runs and 65 runs in the first Test against New Zealand, is the first Indian to score a century and fifty in a debut Test match. With the century, he became the 16th Indian batter to score a hundred on debut. 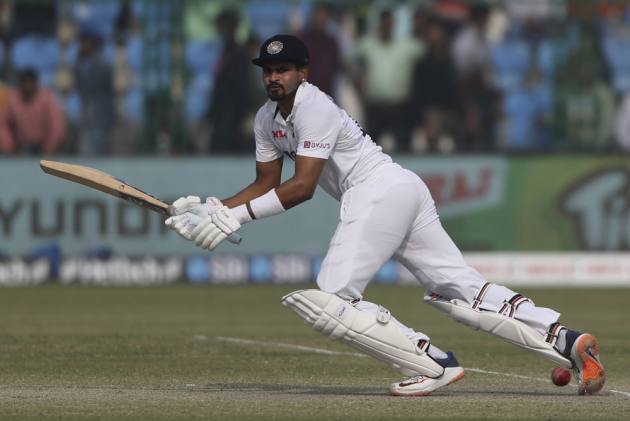 Shreyas Iyer became the first Indian and 16th player overall to score a century and a fifty on Test debut. The right-handed top-order batter from Mumbai achieved this feat by making 65 runs in 194 minutes off 125 balls with eight fours and one six in India's second innings on the third day of the first Test match against New Zealand at Green Park, Kanpur on Sunday (November 28).

He made 105 runs in 267 minutes off 171 balls with 13 fours and two sixes in the Indian first innings on Friday to become the 16th Indian batter to score a hundred on debut.

Shreyas Iyer has also become just the third Indian player to amass 50-plus runs in both the innings of a debut Test alongside Dilawar Hussain and Sunil Gavaskar.

West Indian Lawrence Rowe and Pakistan’s Yasir Hameed are the only two batsmen to score a century in each innings of the debut Test match.

** Shreyas Iyar also became just the third Indian batter, after Lala Amarnath and Dilawar Hussain, to have top-scored for India in both innings on his Test debut.

** Ravichandran Ashwin and Shreyas Iyar added 52 runs for the sixth wicket, Shreyas Iyar and Wriddhiman Saha put on 64 runs for the seventh wicket and Wriddhiman Saha and Axar Patel shared an unbroken stand for 67 for the eighth wicket. It was just the second time India have had 50+ partnerships for the 6th, 7th and 8th wickets. The previous occasion was against England at The Oval in 2007.

TWO 50 PLUS SCORES ON TEST DEBUT FOR INDIA

TOP SCORE IN BOTH INNINGS ON TEST DEBUT FOR INDIA