IND Vs NZ 2021: Ajaz Patel Keen To Spin Web Around India Ahead Of First Test In Kanpur

Ajaz Patel, who was born in Mumbai, migrated to New Zealand at the age of eight. The 33-year-old off-spinner will play a crucial role in New Zealand's two-match Test series against India starting on Thursday. 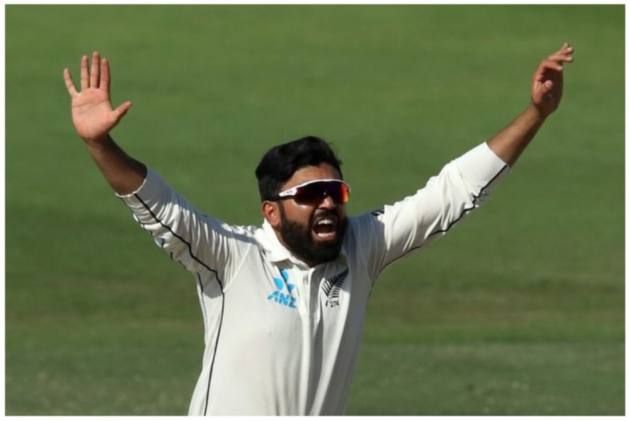 New Zealand’s Ajaz Patel is excited to return to the country of his birth but as a cricketer, he is well aware of the challenges that a spinner has to tackle against India in their own backyard. Patel, a left-arm spinner, was born in Mumbai but migrated to New Zealand when he was eight years old. (More Cricket News)

The 33-year-old, who hasn’t bowled in first-class cricket since June, is looking to play a crucial part in the two-Test series against India which begins in Kanpur on Thursday. New Zealand are the winners of the ICC World Test Championship.

“I have been to parts of India now that I haven’t really seen before. India has been really cool but bit of a shame that we can’t really get out and experience India but that’s the nature of the world at the moment.

“India is about hustle and bustle. There is a bit of excitement about India. I always think about it as organised chaos to a certain degree, something that really makes it special,” he said.

Talking about the challenges on bowling on Indian pitches, Patel said: “Obviously we know what India offers in terms of spin bowling but at the same time we know the challenges of facing India at home as well.

“It’s a challenge as a spinner but it’s something I'm really excited about and thriving on so I’m looking forward to it.” Patel, who has taken 26 wickets in nine Tests so far for New Zealand, feels the SG red cherry also offers different challenges for overseas bowlers.

“SG ball is definitely different, quite similar to the Duke. Quite a hard ball and actually I am finding it quite nice to grip. But it also offers different challenges, slightly different style of bowling,” he said.

“It's been pretty good (preparation). We have been moving around a lot but at the same time we have a lot of time to train and get used to the conditions. Hopefully, we have got enough work done.”

Patel and off-spinner Will Somerville are likely to lead New Zealand’s spin department in the first Test in India, where the Kiwis have not tasted victory since 1988. Kane Williamson, who gave the T20 international series a miss, will return for Tests.

“We feed off each other quite well, he offers that height and bounce whereas I offer that low skid,” Patel said about his partnership with Sommerville as they look to make their fourth appearance together.

“A left-arm spinner and a right-arm off-spinner turning it in different ways so it's always cool to be playing together.

“You thrive off other spinners being in the squad and playing together as you can communicate and get a real good feel for what's happening in the middle,” he said.

“There WILL be times when he's attacking or I'm attacking so we have a good understanding now, we’ve played a few games together so it's exciting to have the opportunity to go out there and do it again.”