IND Vs NZ, 2021: India Gear Up For Series Win With Better Middle-Order Show

For head coach Rahul Dravid and India T20 skipper Rohit Sharma, there couldn't be a better start than a series win against New Zealand. India lead 1-0. 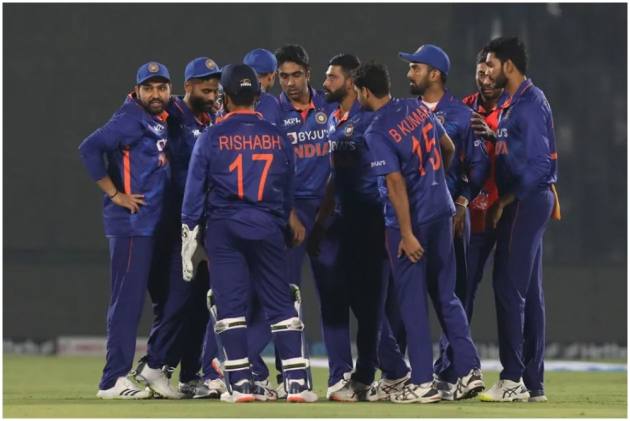 India will look to clinch the series albeit with a more impactful batting performance from the middle-order in the second T20 International against New Zealand in Ranchi on Friday. (More Cricket News)

For coach Rahul Dravid and skipper Rohit Sharma, there couldn't be a better start than a series win against an old nemesis, which help them hit the right chord at the beginning of their partnership.

A superlative display by their top-order and controlled bowling at the back-end ensured a five-wicket victory against New Zealand, ending 'Men in Blue' seven-match losing streak across formats.

For Rohit Sharma, before he gets a much-needed two and half week break from the game, he would like to close the deal at Ranchi and go for the jugular when the teams meet in Kolkata for the final game of the series.

In absence of Virat Kohli, currently on leave, Suryakumar Yadav made full use of the opportunity at number three with a match-winning 62 off 42 balls.

While there is absolutely no necessity to press the panic button, but Shreyas Iyer and Rishabh Pant's scratchy batting did slightly mess up the chase although it was never out of control.

Shreyas Iyer, who is playing a match for India after a long break, did look rusty as he found it difficult to middle the ball. He also didn't look too keen on farming the strike with singles and twos when big shots weren't coming off.

Shreyas scored 5 off 8 balls before being dismissed in the penultimate over by Tim Southee, but thanks to India's healthy run-rate the chase did not go out of their hands.

The other big positive was the performance of senior bowlers Bhuvneshwar Kumar and Ravichandran Ashwin, who were brilliant in terms hitting the right areas while some of the inexperienced bowlers leaked runs at the other end.

With his concern about his form, the new management under Rohit Sharma and KL Rahul gave veteran seamer Bhuvneshwar a lifeline after he was dropped due to indifferent form in their loss against Pakistan in the T20 World Cup.

By his standards, Bhuvneshwar Kumar was going through the toughest phase in his career and had returned with just three wickets in six games at an average of 54 and economy rate of 7.04 for Sunrisers Hyderabad.

India were also brilliant at the death and conceded just 41 runs taking three wickets which denied the visitors a good 15-20 runs.

"At one stage, it was looking like 180-plus so a great effort from a complete bowling performance. A good game for us, especially when we're missing a few players, so it was an opportunity for the other guys to show their ability," Sharma said.

The lower middle-order also may become a cause of concern for the skipper as it remains to be seen if he is tempted to tinker his batting line-up.

Having already committed to giving his players a long rope, it is unlikely that Rohit Sharma will disturb the batting line-up just after one game.

Although in bowling, there could be a forced change as Indian pacer Mohammad Siraj has suffered a split left webbing after being hit by Mitchell Santner in the final over of the New Zealand innings.

With dew becoming a factor towards the evening, toss could also play a crucial role in a must-win match for the touring New Zealand.

If losing the toss was crucial for the visitors under Tim Southee, Mark Chapman (50-ball 63)'s return after being on the sidelines for seven months would be a bright spot for Kiwis.

Southee would look for course correction from the bowling lineup which would be keen to restrict the flow of runs especially in the Powerplay.