Both New Zealand and India called off their training sessions on Wednesday as it rained the whole day. The visiting New Zealand have also decided not to train on Thursday too because of a wet outfield. 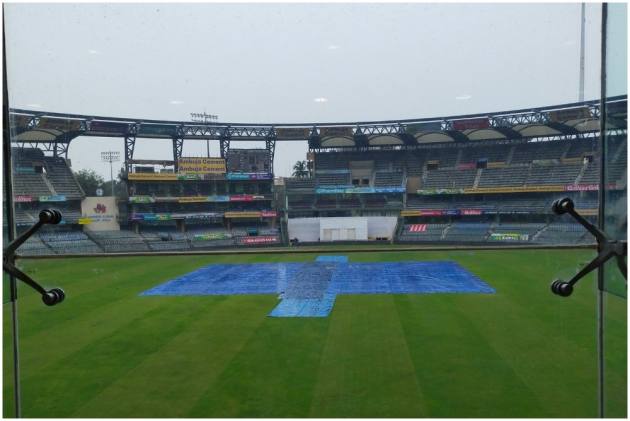 The untimely Mumbai monsoon threatens to play spoilsport as there is a fair chance of first day’s play during the second Test between India and New Zealand being affected by rain as per weather forecast which may turn the 22-yard strip at Wankhede into a bowlers’ paradise. (More Cricket News)

The two teams had to call off their respective training sessions on Wednesday as it rained the whole day. In fact, New Zealand have called off their training on Thursday as well since the ground is too wet to be used for practice. (SL vs WI LIVE BLOG)

“The team won’t train today (Thursday) with the ground still too wet from yesterday’s rain and the overnight downpour. The team will still go down to the ground for a look this afternoon and to set up the changing room and viewing area,” a New Zealand Cricket spokesperson said.

However, nothing official has come from the hosts’ camp. In all likelihood, the Indians will travel all the way to the Bandra-Kurla Complex ground which has indoor facilities, unlike the Wankhede stadium.

The Wankhede strip has a pretty bald look with all grass shaved off to help the slow bowlers after the low bounce at Kanpur's Green Park literally deflated them. However, the pitch that will be on offer at the Wankhede from Friday is expected to help both seamers as well as spinners.

The persistent rain, with the pitches being under cover, means that there is bound to be a lot of moisture underneath the surface. The extra moisture will certainly help the seamers way more than it did in Kanpur but a surface like this also helps the tweakers as it also helps in getting an appreciable turn.

However, with forecast of scattered showers on Friday, both teams, especially India, will wish that from second to fifth day, the inclement weather doesn't become a factor. “Intensity (of the rainfall) will be decreased by December 2,” Jayanta Sarkar, head of Mumbai's Regional Meteorological Centre of the IMD, said.