Test cricket is making a return to Mumbai after almost five years. The last Test played at the iconic Wankhede Stadium was against England in 2016. India won that match by an innings and 36 runs. Here's a look at some numbers ahead of IND vs NZ Test match. 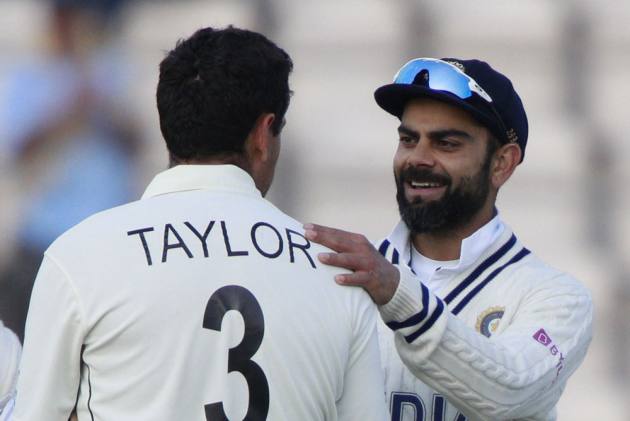 India have won 11 , lost seven and drawn seven in 25 Test matches at Wankhede Stadium, Mumbai where the second Test match of the series against New Zealand will be played, starting Friday( December 3). (More Cricket News)

New Zealand, on the other hand, have won one and lost one in two Test matches played here.

India’s 162-run victory during the 1976-77 series was the first victory over New Zealand as well as their first win at this venue. New Zealand’s only victory over India at the venue came in the 1988-89 series. The visitors recorded a 136-run win over India in that match.

Test cricket is making a return to Mumbai after almost five years. The last Test played at the ground was against England in 2016. India defeated England by an innings and 36 runs.

India have won two, lost two and drawn one in the last five Test matches played at Wankhede Stadium in the last 15 years.

The winner of this Test match will also win the two-Test series as the first Test match of the series at Kanpur ended in a draw.

The Wankhede Stadium staged its first Test in the 1974-75 season when West Indies toured India.

Clive Lloyd scored an unbeaten 242 and in Mansur Ali Khan Pataudi's last hurrah as India lost by 201 runs. The Test also featured a crowd disturbance after a fan, who rushed onto the ground to greet Clive Lloyd, was treated roughly by the police.

The stadium has been the venue of some great innings, such as Sunil Gavaskar's 205 against the West Indies and Alvin Kallicharan's 187 in the same game in the 1978-79 series, and all-round heroics from Ian Botham's century and 13 wickets in the Jubilee Test in 1980, which England won by 10 wickets.

The highest score by an Indian at Wankhede Stadium remains Virat Kohli’s 235 against England in 2016-17.

Incidentally, Ravi Shastri's six sixes in an over off Baroda's Tilak Raj en route to the then fastest double-hundred in first-class cricket was on this ground in 1984-85.

BEST BOWLING IN A TEST MATCH