India Vs NZ: Confident India Aim To Go For The Kill In 3rd ODI-- Match Preview

India beat the hosts all ends up in the first rubber thanks to spinners Kuldeep Yadav and Yuzvendra Chahal. In the second match, Yadav again shone with the ball, scalping four wickets. 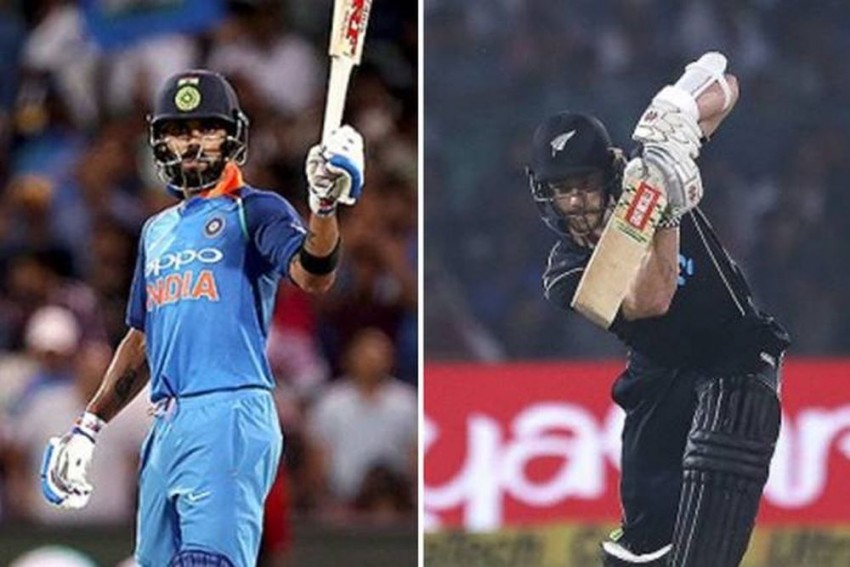 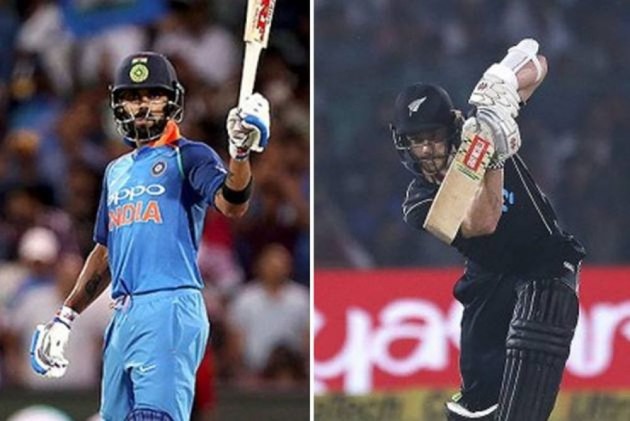 Confident India will aim to display another dominant performance to seal the five-match One-Day International (ODI) series when they face New Zealand in the third match in Mount Maunganui on Monday.

After registering big victories in the first two ODI matches, the Indian team is high on confidence and is likely to dominate the proceedings on the spin-assisting pitch at Bay Oval in Mount Maunganui.

India beat the hosts all ends up in the first rubber thanks to spinners Kuldeep Yadav and Yuzvendra Chahal. In the second match, Yadav again shone with the ball, scalping four wickets. The batsmen also impressed in the second match as they posted a mammoth 324/4.

Skipper Virat Kohli will be rested for the final two ODIs and the subsequent T20I series against the hosts. Opener Rohit Sharma, who led India to the Asia Cup triumph a few months ago, will captain the Men-in-Blue in Kohli's absence.

The batting department is settled as all the players, Rohit Sharma, Shikhar Dhawan, Virat Kohli, Ambati Rayudu, Mahendra Singh Dhoni, Kedar Jadhav performed brilliantly in the last match. India are yet to finalise their playing XI and there could be one change.

All rounder Hardik Pandya, who was recalled to the Indian side after his ban was lifted, could make the cut at the expense of Vijay Shankar.

In both games of the series, the Indian quicks have also made inroads into the New Zealand middle-order before the 10th over which allowed the spinners to dominate.

New Zealand, on the other hand, looked out of sorts in their own backyard. Both batters and bowlers seemed struggling to deliver when needed.

In the bowling department, taking wickets in the middle overs has been a problem and they might include Mitchell Santner into the playing XI in place of Colin de Grandhomme

The hosts, who inflicted a 0-4 whitewash on India last time, could face more misery if they don't immediately pull up their socks.