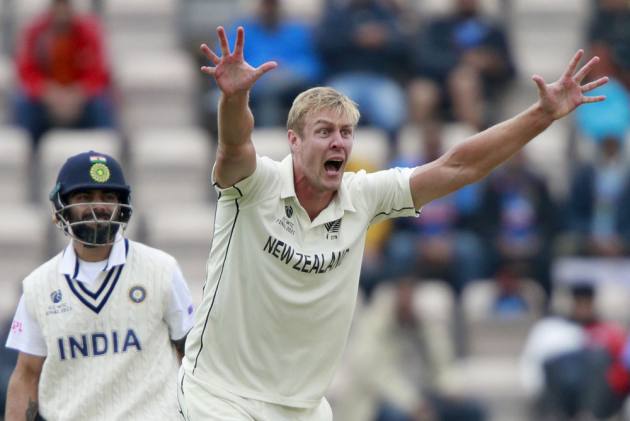 India were bowled out for 217 in 92.1 overs without an individual fifty against New Zealand in their first innings on the third day of the ICC World Test Championship final at Southampton on Sunday (June 20).

It was India’s second-highest total without an individual fifty against New Zealand in Tests.

India declared their only innings at 296 for eight in 89.5 overs at Kolkata in 1995-96 which is their highest total against New Zealand without an individual fifty.

Here are some more fascinating stats:

- Kyle Jamieson recorded his best bowling performance against India by taking five for 31 in 22 overs.

- His previous best against India was five for 45 in 14 overs.

- It was Jamieson’s second five-wicket haul in five innings in three Test matches against India.

- The 6 feet and 8 inches tall fast bowler’s best bowling performance in an innings is six for 48 in 20 overs against Pakistan at Christchurch in 2020-21.

- Tom Latham, who took three catches in the Indian first innings, equalled New Zealand’s record of most catches in an innings against India.

- He became the sixth Kiwi fielder to take three catches in an innings against India.

- It was Buzmrah's 10th duck in 29 innings in 20 Tests. The Indian tail-ender was out on four occasions on the first ball.

INDIA’S 150+ TOTALS WITHOUT A FIFTY AGAINST NEW ZEALAND: