IND Vs NZ: New Zealand's Kyle Jamieson Opts Out of T20 series, To Focus On Tests 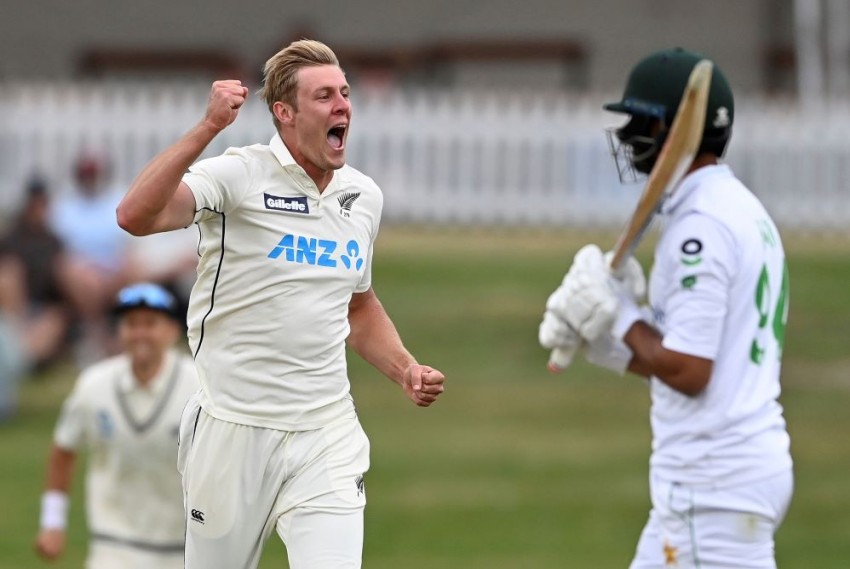 Jamieson will thus join his skipper Kane Williamson, who has also decided to miss the T20Is to prepare for the two-match Test series, starting on November 25.

"We decided through talking with Kane and Kyle that they won't play in this T20 series," coach Gary Stead was quoted as saying by stuff.co.nz.

"It's a bit of a balancing act at the moment and with three T20 games in five days plus travel to three different cities it’s a very, very busy time."

New Zealand, who had lost the T20 World Cup final on November 14, hardly got any time to regroup as they face India in the opening T20I in Jaipur on Wednesday (November 17).

It will be followed by the second and third T20Is on November 19 and 21, before India and New Zealand kick off their World Test Championship defence with two games in Kanpur and Mumbai.

New Zealand had defeated India by eight wickets in the final of the inaugural edition of the World Test Championship in Southampton, England in July this year.