IND Vs NZ, Second Test: BCCI Wakes Up To Injuries At Toss Time In Mumbai

With Virat Kohli making a return to lead the side again, India were grappling to finalise the playing XI. But the last-minute injuries to three players solved the problem. The toss for the IND vs NZ second toss was delayed. 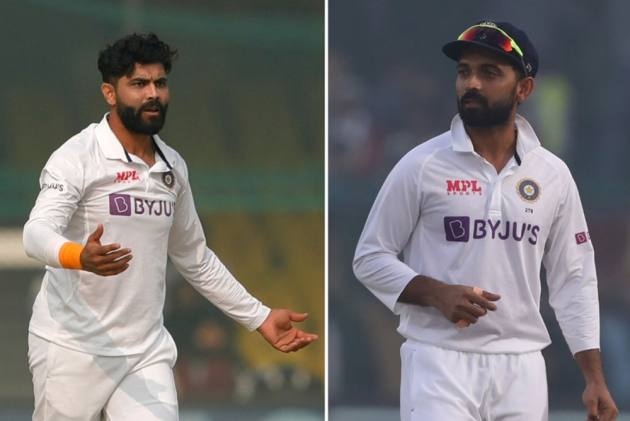 Schadenfreude! That's what they called it. Rejoicing in someone's misfortune. That's probably what the BCCI felt in the morning of second India vs New Zealand on Friday. With Mumbai getting unseasonal rain, the Wankhede Stadium outfield was left unfit for play and the toss was delayed. Then came the injury updates. Not one, not two. But three.

With Virat Kohli making a return to lead the side again, India were grappling with selection woes. Shreyas Iyer, who hit a century and fifty in his debut, put the selectors in a tough spot. And there were talks of either Ajinkya Rahane or Cheteshwar Pujara getting the unceremonious drop.

So, as it turned out, none is getting dropped, thanks to last-minute injuries. But the timing of the release will raise eyebrows. On the eve of the match, all that Kohli revealed was Wriddhiman Saha's recovery.

In the release, the BCCI said Ishant Sharma dislocated his left little finger during the final day of the 1st Test match in Kanpur. He is thus ruled out of the 2nd Test in Mumbai. The BCCI Medical team will continue to monitor his progress."

Ishant, who failed to make a mark in the drawn Kanpur Tes, would have been dropped with the wet and overcast conditions in Mumbai.

But the injury to Jadeja is a blow for India.

"All-rounder Ravindra Jadeja suffered a right forearm injury during the 1st Test match in Kanpur. After undergoing scans, he was diagnosed with a swelling on his forearm. He has been advised rest and is thus ruled out of the 2nd Test in Mumbai.

"Ajinkya Rahane sustained a minor left hamstring strain while fielding on the final day of the 1st Test match in Kanpur. Since he has not recovered completely, he has been ruled out of the 2nd Test in Mumbai. His progress will be closely monitored by the BCCI Medical team," the release added.

The Kiwis also endured a body blow with skipper Kane Williamson struggling with his tennis elbow. In his absence, Tom Latham will lead the team.