The ICC World Test Championship final between India and New Zealand at Southampton starts June 18. Before that, the Kiwis take on England 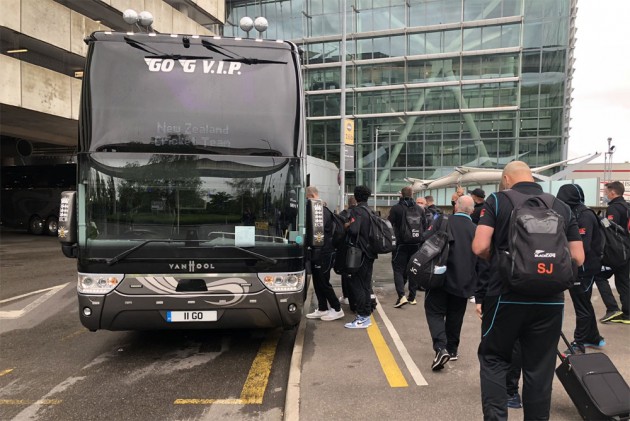 A majority of the New Zealand Test players arrived here for the two-match series against England and the World Test Championship final against India. (More Cricket News)

The players arrived here on Sunday afternoon after flying from Auckland via Singapore and were transferred to the Ageas Bowl in Southampton where they will be based for the first two weeks of the tour.

The series-opening match will begin on June 2 in London, while the second match is scheduled to commence from June 10 in Birmingham.

The World Test Championship Final between India and New Zealand will begin at Southampton from June 18.

"The BLACKCAPS are adhering to strict health protocols including pre-departure vaccinations and covid tests, along with receiving medical bags equipped with masks and hand sanitizer," a New Zealand Cricket press release said.

The first three days will be spent in hotel room isolation, before mini training groups of six can be established from days 4-6, pending negative COVID results.

A three-day team intra-squad game is scheduled from May 26 to May 28 at the Ageas Bowl, where six local bowlers who have isolated in advance will help make up the sides.

After a successful County Championship stint with Durham, batsman Will Young will also link up with the team on Monday and undergo isolation at the Ageas Bowl before joining his teammates for training.

Trent Boult will finish his managed isolation on Sunday and return to Mount Maunganui to see his family before a plan is made around his departure to the UK, according to NZC release.