Playing in his final Test match, New Zealand wicketkeeper BJ Watling was undone by a Mohammed Shami special on Day 5 of their ICC WTC final against India in Southampton 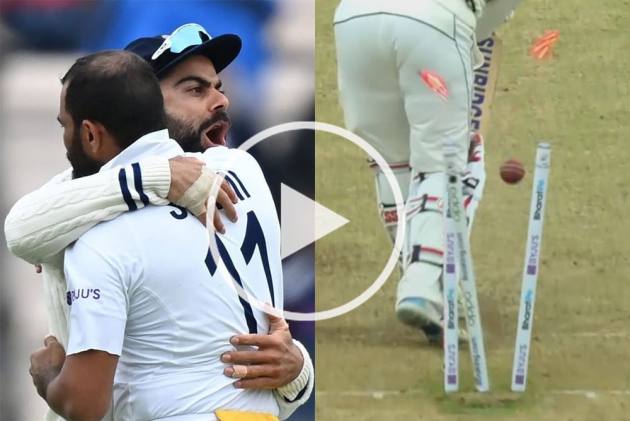 "This one is perfection," said Nasser Hussain as the former England captain described the wicket of BJ Watling, who was bowled by a Mohammed Shami on Day 5 of the rain-affected ICC World Test Championship final between India and New Zealand in Southampton.

The fifth day's play of the World Test Championship final began after a half-an-hour delay at the Rose Bowl. Kiwi skipper Kane Williamson and veteran Ross Taylor thwarted the Indian attack for the majority of the morning. Then, they lost three quick wickets with Mohammed Shami and Ishant Sharma having a very good morning.

First, Shami forced Taylor to drive, only to find a diving Shubman Gill taking a stunning catch. Ishant then had Henry Nicholls caught at slip, by Rohit Sharma.

And that beauty! After teasing with peach of a delivery, Shami produced a jaffa, which breached through Watling's defence in the 71st over. Playing in his final Test match, the Kiwi wicketkeeper sure was undone by a beauty. He made one off three.

Indian blowers are on fire

At Lunch, New Zealand were 135/5 in 72 overs, still 82 runs behind India's first innings total of 217. Williamson and Colin de Grandhomme were unbeaten on 19 off 112 and 0 off four respectively.