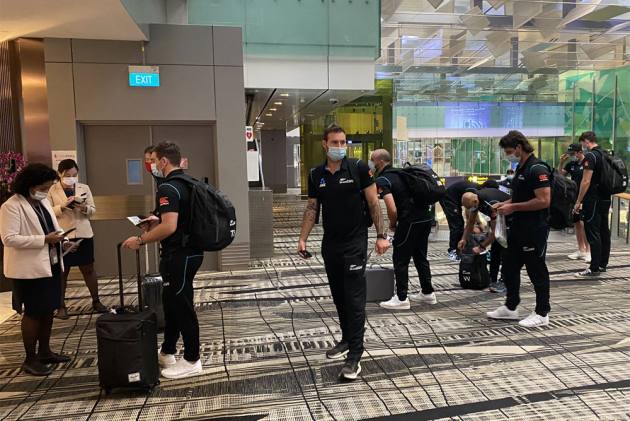 New Zealand on Saturday flew to the UK for the two-match series against England and the World Test Championship final against India. (More Cricket News)

The two-Test series against the hosts begins on June 2, while the WTC final starts in Southampton from June 18.

"Time to fly!" tweeted the Black Caps handle before the team's departure.

Captain Kane Williamson, Kyle Jamieson and Mitchell Santner, who competed in the now-suspended IPL, are in Maldives and will fly to the UK from there. The trio had flown to Male from Delhi, a COVID-19 hotspot in India.

Star pacer Trent Boult, who had gone back home from the IPL, could miss both the games against England.

India are expected to leave for UK in the first week of June after completing a hard quarantine in Mumbai.