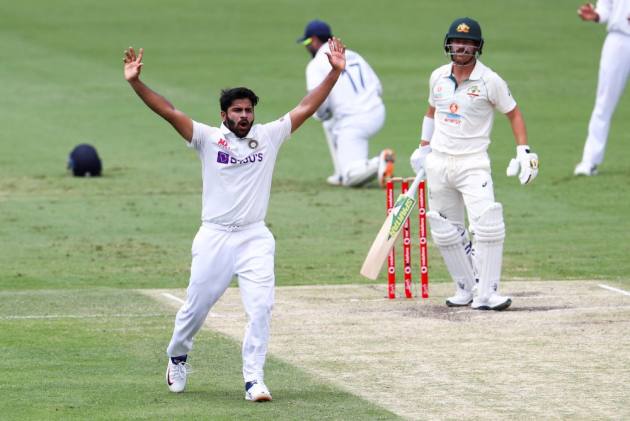 India should look at Shardul Thakur over Mohammad Siraj as the fourth fast bowling option in the side for the World Test Championship final against New Zealand in case of overcast conditions in Southamptom, feels former selector Sarandeep Singh. (More Cricket News)

Sarandeep, whose tenure ended with the Australia tour earlier this year, has picked Shardul over Siraj because of his batting ability which he displayed very well Down Under.

READ: To Address Mental Fatigue, Team India To Get Break Before England Series

As things stand, India are likely to go in with three pacers and the spin duo of R Ashwin and Ravindra Jadeja for the final beginning June 18.

"If conditions are overcast, then you can play an extra fast bowler after Ishant Sharma, Jasprit Bumrah and Mohammad Shami. My pick would be Shardul though Siraj has also done very well," Sarandeep told PTI.

"You will need batting options in the lower order and Shardul gives you that. The ball will do a bit at Southampton and Shardul is good at swinging the ball. He has years of experience in domestic cricket and has a very sharp cricketing mind.

"If a fourth pacer is picked, then Jadeja unfortunately will have to sit out. Ashwin should play as there are quite a few left-handers in the New Zealand side."

The batting unit looks pretty settled but Sarandeep said it will be an important series for young opener Shubman Gill, who could not replicate his success in Australia in the home series against England.

"Shubman is a class act. I am confident he would do well and most probably start with the WTC final with Rohit. He did not have the best of times against England at home, I hope he finds a way to bounce back in their own backyard.

"There is tremendous competition for the opening slot with Mayank sitting out despite doing well in his short Test career so far. Then you have got the likes of Prithvi Shaw and Devdutt Padikkal waiting in the queue," said Sarandeep.

Talking about the fresh faces picked in the second string squad for the Sri Lanka tour in July, Sarandeep said it was surprising to see Shivam Dube not making the cut as a back up for Hardik Pandya.

"What happens in case Hardik is not able to bowl? You needed back up in Dube or Vijay Shankar. You have picked six spinners and all of them won't get to play so it made sense to add another fast bowling all-rounder," he added.