India will take on New Zealand in the World Test Championship final starting in Southampton on June 18. 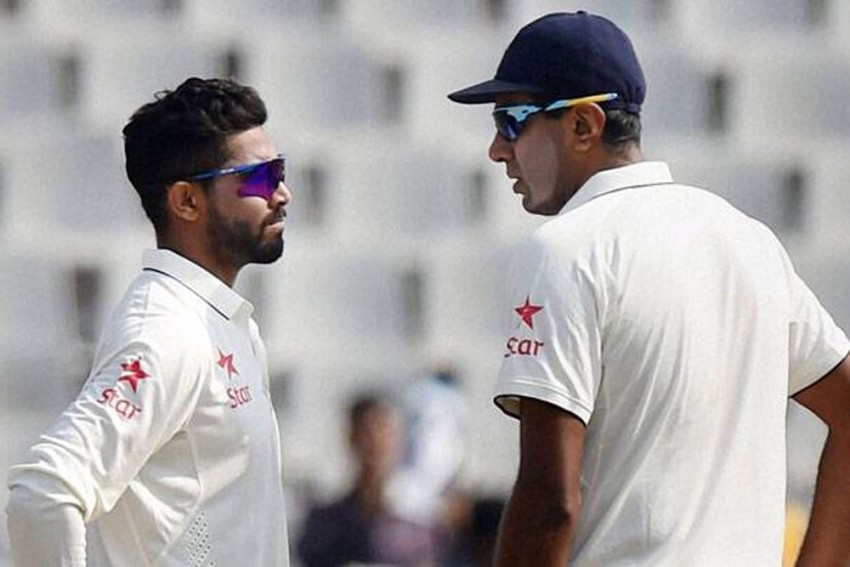 Legendary opener Sunil Gavaskar believes that India will go in with both Ravindra Jadeja and Ravichandran Ashwin against New Zealand in the World Test Championship final as Southampton's "boiling hot" weather is going to ensure that the pitch dries up progressively and assists spinners.

Gavaskar is part of the match's commentary panel and is currently in Southampton with first-hand knowledge about the pitch and conditions for the match starting June 18.

"In Southampton, it's been boiling hot over the last few days so the pitch will definitely be dry and help spin as the match progresses, so yes both Ashwin and Jadeja will play," Gavaskar said.

For Gavaskar, it's not just bowling but all-round abilities that give India the kind of balance they need going into a marquee match like this.

"That (Ashwin and Jadeja together) also gives depth to the batting as well as give a fine balance to the bowling attack. For the series later (vs England) much will depend on the weather and pitch conditions."

While New Zealand will be on a high after their series win against England, Gavaskar doesn't feel that the Indian team is under-prepared either just because it didn't get any practice matches.

"(In) today's tours there are barely one or two practice games before the Test series begins and the Indian team has had intra-squad matches so they have had that practice.

"The team is a good blend of youth and experience and most of the players have been to England several times so they know the conditions and what to expect," said the former India captain.

Ashwin is expected to play a significant role with his experience. Gavaskar feels that watching the Tamil Nadu tweaker is as fascinating an experience as it was playing alongside Erapalli Prasanna and also having watched another match-winner Harbhajan Singh in action.

"They are all awesome bowlers. Prasanna is called the wily fox because he had this wonderful ability to trick the batsmen into playing bad shots. Apart from varying degrees of off-spin, he had a deceptive floater where he got batsmen clean bowled or caught at slip with the ball that went straight through.

"Harbhajan has the same clever variations plus he had the doosra which often turned quite sharply from leg to off with little visible change in action. Wonderful bowler."

"Ashwin has all these plus he has added the flicker or carrom ball and is bold enough to actually bowl a leg spinner to fox the batsman."

But what separates these champion bowlers from others is their big hearts while facing world class batters.

"I was privileged to play with Prasanna and I am fortunate to be able to watch Harbhajan and Ashwin win matches for India."

Over the years in England, save skipper Virat Kohli, who absolutely dominated the English bowling during the 2018 tour, odd hundreds by Ajinkya Rahane, Murali Vijay (both in 2014) or Cheteshwar Pujara (2018) have been indicators that consistent success in conditions conducive to seam and swing is missing.

What is it that makes Kohli so special across conditions?

"The influence of one-day cricket had made some batsmen play the ball on the rise or through the line as it is called. Most times, they get away where the ball doesn't move but in England where it moves, it's important to get closer to the ball," he said.

Playing "on the rise" or "through the line" in cricketing parlance means when a batsman makes contact with the ball even before it has reached the top of its bounce.

"Virat Kohli hardly ever plays through the line even on flat pitches and he plays late covering any movement off the pitch and that's why he is successful on all types of surfaces.

"In the recent series against England in India he didn't get a century but his 60 odd in Chennai was a wonderful exhibition on how to play spin bowling. He was smelling the ball and that's the hallmark of all great batsmen," the master batsman said.

Gavaskar is also confident that Rohit Sharma will be able to replicate his 2019 white-ball form in England and the century he scored in tough conditions in Southampton against South Africa in the World Cup opener would give him confidence.

"The century he got against South Africa was on a tough pitch and cold conditions and he made the adjustments beautifully. Now two years later he is even more experienced so don't be surprised if he repeats that performance in this series too."

For one of the most respected voices in world cricket, the emergence of Rishabh Pant as a pure match-winner at No 6 has given Indian team a chance to check out various bowling options depending on conditions.

"Rishabh Pant has now got even better in shot selection as we saw in Australia. His batting allows the team to go in with an extra spinner or pacer. Expect some game changing innings from him in the summer."

Proper shot selection will be key to success.

"As long as Shubman, Rohit, Virat, Cheteshwar and the other batsmen get their shot selection right, India will get enough runs on the board," he concluded.