India captain Virat Kohli opened his account in the ICC World Test Championship against New Zealand with a sensational shot off Neil Wagner. Watch it here 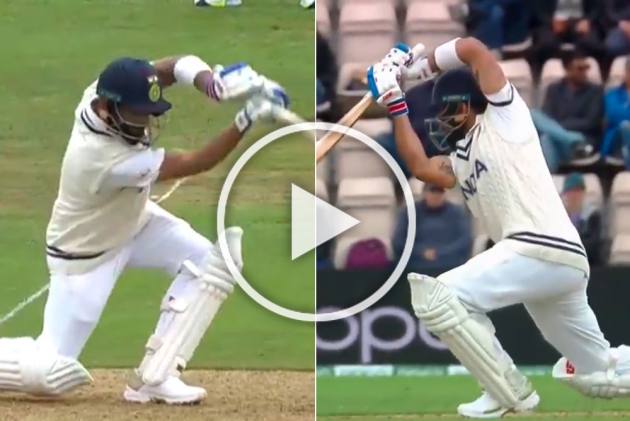 The most important Test match in ages, if not the greatest, finally started on Saturday with New Zealand captain Kane Williamson inviting India to bat first the Rose Bowl, Southampton.

India got off to a good start with openers Rohit Sharma and Shubman Gill negotiating with the pace and movement even as the overcast sky continues to give premonitory signs, of more rain and thunder.

But the game continues, and India reached 62 without losing a wicket. Then lost three in quick succession, forcing skipper Virat Kohli and his deputy Ajinkya Rahane to dig deep.

Kohli, 32, however, played some sumptuous shots before bad light forced the teams to take early Tea on Day 1. Then, he was batting on 35 off 94 balls, with the help of a boundary. And what a four that was, to open his account. A cover drive of the highest order.

And the fans were over the moon. Reactions:

The final of the inaugural ICC World Test Championship was supposed to start on Friday. But it washed out. Thankfully, the ICC has one reserve day.