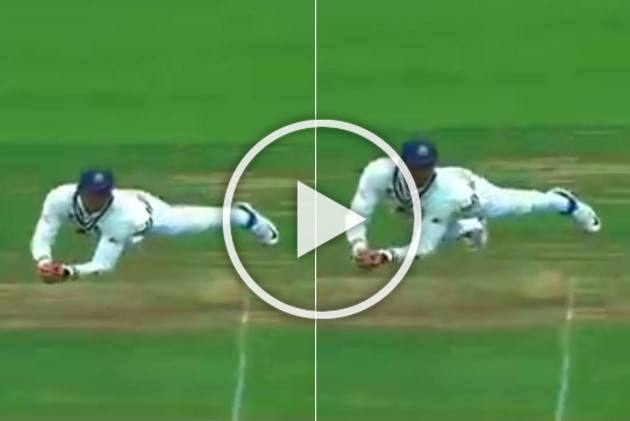 Even as the ICC World Test Championship (WTC) 20221 final between India and New Zealand continued to meander towards a draw, a moment of brilliance from Shubman Gill brightened up the gloomy day in Southampton on Tuesday.

The fifth day's play of the WTC final began after a half-an-hour delay at Rose Bowl. Kiwi skipper Kane Williamson and veteran Ross Taylor played cautiously, blocking, leaving, fending off India's pace attack. The scoring rate was hovering around two an over.

Then, in the 64th over, a Mohammed Shmi delivery forced Taylor to drive, only to see a diving Gill taking a stunning catch at short cover. Watch it here:

with only 141.2 overs of play completing in the past four days due to rain and wet outfield, the match sure is heading for a draw. But many still believe that a result can be achieved with ICC keeping a reserve 'Day 6'.

The reserve sixth day will be utilised on Wednesday.