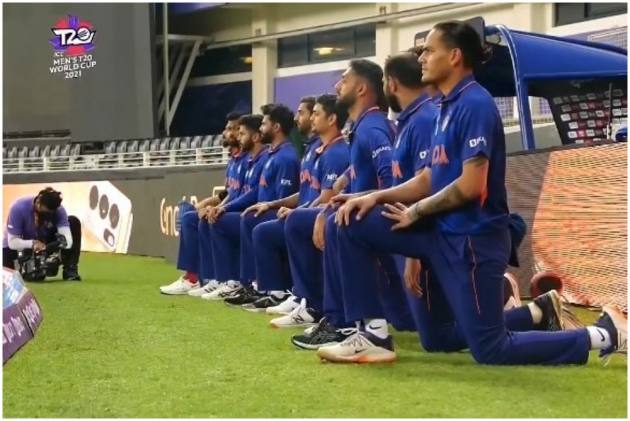 In a noble gesture to support the Black Lives Matter, the Indian players took the knee moments before their high-octane T20 World Cup 2021 Super 12 clash against Pakistan in Dubai on Sunday. (More Cricket News)

On Saturday, England cricketers along with their West Indies counterparts took the knee. Sent into bat first, Indian openers KL Rahul and Rohit Sharma went in the middle before the latter spoke with the rival captain Babar Azam whether they will take the knee or not.

It was no problem for Pakistan skipper Babar as Rahul and Rohit took the knee while the rest of the Indian team did the same just outside the boundary line. Meanwhile, Pakistan players chose to keep their hands on their chest and not knee down.

England players had lent their support to the Black Lives Matter movement in the home series against West Indies last year.

Ever since his demise, a lot of sportspersons have come out in public to open up about their experiences with racism.