Pakistan produced a clinical effort to crush India by 10 wickets for their first win in a World Cup match in 13 attempts. 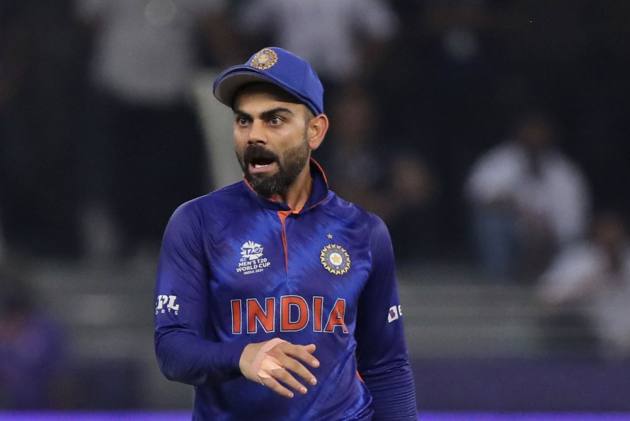 Indian captain Virat Kohli on Sunday had no qualms in admitting that his team was "outplayed" by Pakistan in the ICC T20 World Cup here but said his players are not the ones to press the panic button.

Pakistan produced a clinical effort to crush India by 10 wickets for their first win in a World Cup match in 13 attempts.

Chasing 152 for victory after putting India in, Pakistan completed the task in 17.5 overs, leaving the Indian team and its millions of fans stunned.

"We did not execute the things that we wanted to but credit is certainly due - they (Pakistan) outplayed us today," Kohli said at the post-match presentation ceremony.

India found themselves on the back-foot straightaway as they lost three wickets with just 31 runs on the board, thanks to Shaheen Shah Afridi's menacing opening burst.

"When you lose three early wickets it's very difficult to come back, especially when you know the dew is coming. They were very professional with the bat as well.

"Hitting through the line was not as easy in the first half as it seemed in the Pakistan innings, so when you know the conditions can change, you need 10-20 extra runs.

"But some quality bowling from Pakistan didn't let us get off the blocks. We're certainly not a team that presses the panic button, it's the start of the tournament, not the end," Kohli said.

Pakistan skipper Babar Azam stroked his way to unbeaten 68 while Mohammad Rizwan smashed 79 not out as Pakistan won it without much trouble.

Babar said his team executed the plans to perfection, evidence of which was manner in which they dominated and won the game.

"We executed our plans well and the early wickets were very helpful. Shaheen's wickets gave us a lot of confidence and the spinners dominated as well. The plan with Rizwan is always to keep it simple," Babar said.

"We tried to get deep in the crease and from about the 8th over the dew came in and the ball came on nicely. This is just the start, we have confidence to build on now. It will remain match by match for us."

He said the pressure on his team wasn't that much and they weren't thinking of the record against India at all.

"I only wanted to back all our players who've been preparing well. When you play tournaments before a big World Cup, it helps and our players came in with a lot of confidence because of that."