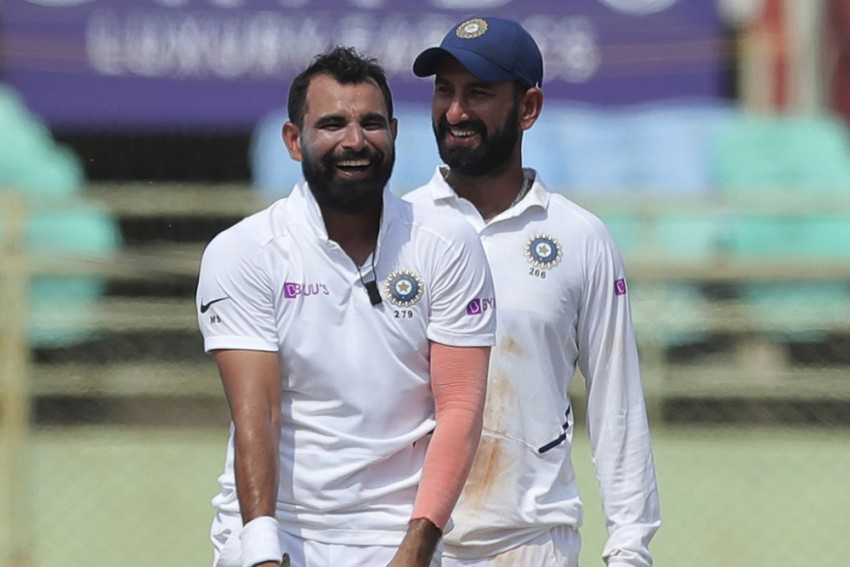 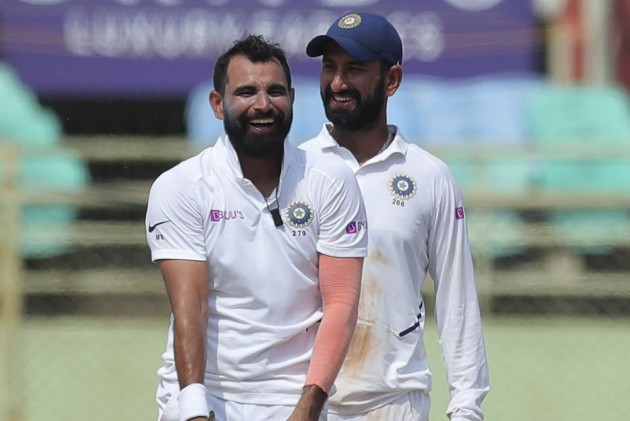 India pacer Mohammed Shami was at his devastating best on Sunday. He picked up a five-wicket haul as India registered a convincing 203-run win over South Africa in the first Test at Visakhapatnam.

During that devastating spell, Shami broke the stumps of Piedt, and the BCCI put up an image with the pacer posing with the remnants.

Interestingly, this is the second time that Shami has broken stumps at the venue. In 2016, he destroyed the then England captain Alaistair Cook's timber.