Keshav Maharaj said his lower-order colleague Vernon Philander, with whom he shared a 109-run ninth-wicket stand, kept him in good frame of mind even though South Africa were trying to avoid a certain defeat against India in the second Test match 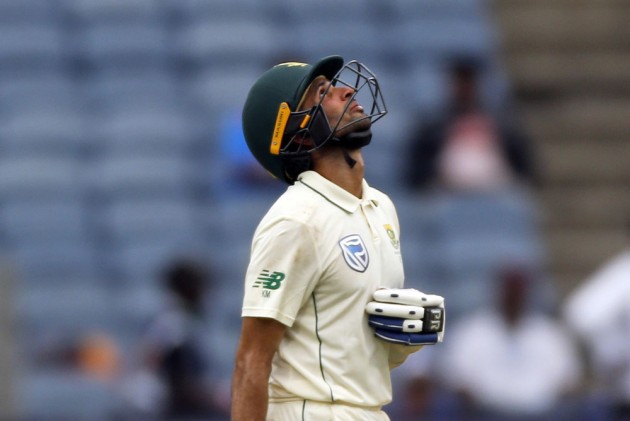 South African tail-ender Keshav Maharaj, who braved a sore shoulder to hit a gritty 72, said not going into a shell was key to their splendid rearguard action in the second Test against India at Pune.

Maharaj said his lower-order colleague Vernon Philander (44 not out) kept him in good frame of mind.

"Vernon and I said to ourselves that we'll just get through to tea and see after that. Being a lower-order batsman your fingers do itch to play a big shot but Vernon kept me in a good mind space," Maharaj said after the third day's play.

"But I remained positive, because if you go into your shell a ball with your name will come along sooner or later."

India are now 326 runs ahead and have to option of enforcing a follow-on on the visitors.

Maharaj talked about the planning he had done with the support staff on how to bat against the Indian bowlers.

Watch: Kohli, Saha Compete For Best Catch Of The Match

"I sat with Prasanna (analyst) last night and look at the gameplan for me going forward. I wanted to stay outside off stump to spin, I tried to stay legside of the ball for Jadeja. We saw Shami got the ball to reverse, and the wicket is deteriorating, but the longer you bat the easier it is."

Asked about his shoulder, he said, "It (shoulder) is very sore. Yesterday I dived on it so lot of bruising. But hopefully, I'll be fine for the rest of the series. After a few pulls I felt normal."