Umesh Yadav hit five sixes, including three in one over against George Linde, during his 10-ball knock on Day 2 of the third and final Test against South Africa at Ranchi 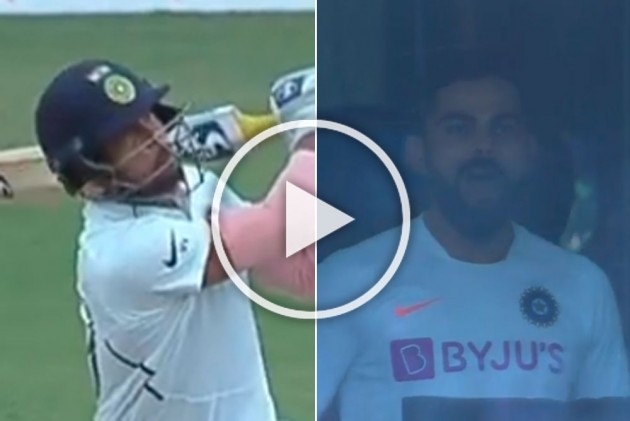 Indian tailender Umesh Yadav set the stage on fire with a 10-ball blitz which resulted in 31 runs as India declared their innings at 497/9 (116.3) on Day 2 of the third and final Test against South Africa at Ranchi Sunday.

The 31-year-old hit five sixes, including three in one over against George Linde, during his short stay in the middle. His strike rate of 310 is probably the highest in the history for a 10+ball innings in Test cricket.

Umesh Yadav six and the reactions

The right-handed batsman started his knock with two successive sixes thus emulating Sachin Tendulkar's rare feat. The batting great hit the first two balls he faced against Australia in a Test match in 2013.