India beat South Africa by an innings and 137 runs in the second Test at Pune to seal the series, having won the series-opener in Visakhapatnam. And Virat Kohli promised that the hosts are "not going to take our foot off the gas" in the third match at Ranchi 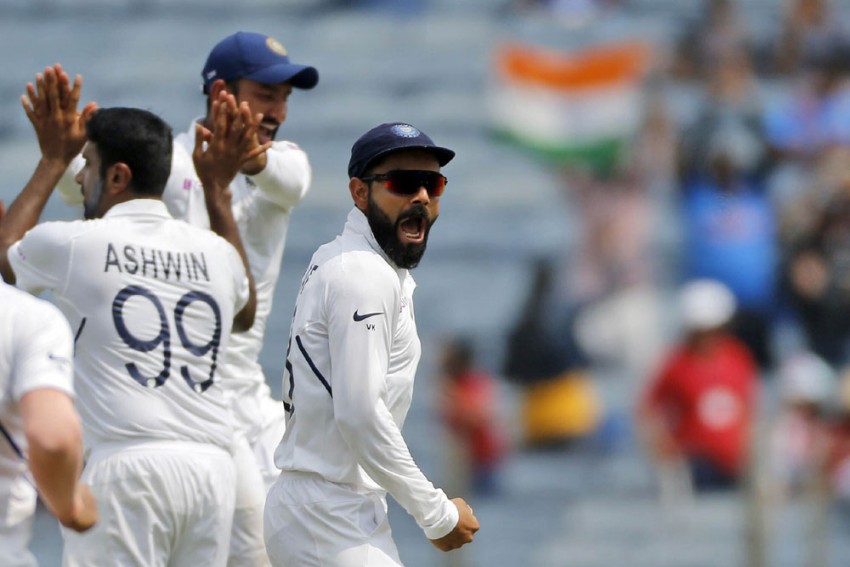 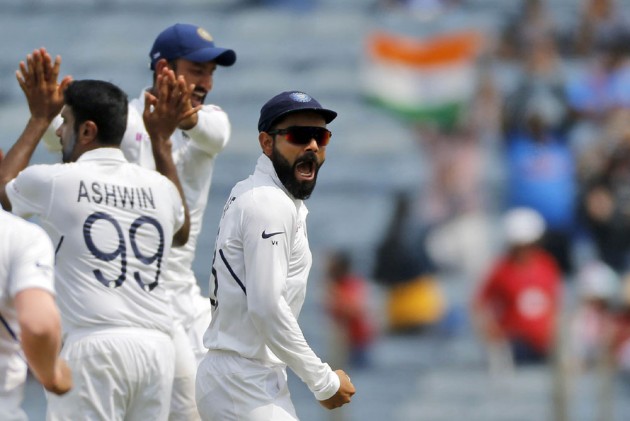 Sounding a warning to the rivals, India captain Virat Kohli on Sunday said they will not "take their feet off the gas" and will aim for a whitewash when the third and final Test against South Africa begins in Ranchi.

India beat South Africa by an innings and 137 runs in the second Test at Pune to seal the series, having won the series-opener in Visakhapatnam.

"Looking at the larger picture of the Test championship, every game has value, whether it is at home or away, that is the format. So, we're not going to take our foot off the gas in the third Test," Kohli said at the post-match presentation.

"No one is going to relax at any stage, we are going to go for a result in the third Test and hopefully make it 3-0, that's a guarantee," he said.

Asked about his 178-run partnership with vice-captain Ajinkya Rahane for the fourth wicket, Kohli said, "I really enjoy batting with Jinx (Rahane). When we have a partnership we invariably take the game forward."

"You have to look forward to facing the new ball in the morning. We take a lot of pride in contributing when the situation is tough. He keeps giving me regular feedback when things are going wrong, and vice versa."

Talking about wicketkeeper Wriddhiman Saha, Kohli said, "He was a bit nervous coming into Vizag, but this game he kept beautifully. Ashwin as well stepped up beautifully coming back."

"When we started off as a group we were at No.7 (in Test rankings). The only way was up. We laid down a few things, told everyone to work hard at practice. We are lucky to have the group of players we have in the last three-four years. It's amazing to see that hunger and passion for all the guys to keep improving."

South African captain Faf du Plessis conceded that India are deserving series winners and his side was found wanting in the contest.

"They are very tough to beat at home, their record speaks for itself. We know in the subcontinent your first innings is really important. The runs you put on the board gives you a chance," he said.

"But the way India batted, especially Virat with 250, it takes a lot of mental toughness. Two days in the field can wear you down. Especially that second evening, the batsmen were a bit weak in the mindset. From then it's playing catch-up."

He said Kohli was too good and his hunger for runs stood out. He was not satisfied with 100, 150."

On his decision to include a seamer instead of spinner in the Test, Du Plessis said, "I think it was the right decision for this pitch. Vernon and Kagiso Rabada created some pressure first up but we need another bowler who can add the pressure. Unfair to expect a young fast bowler making his debut to come in and do everything. India bowl well in pairs."

He said pacer Lungi Ngidi is fine and working on his fitness, and he might be thrown in the mix in the next Test.

IND Vs SA, 2nd Test: Harsha Bhogle Recaps India's Win With Brilliant Tweet, But Michael Vaughan Will Not Like It