Hardik Pandya had undergone a successful surgery in October last year to treat an acute lower-back injury, which kept him out of action for six months 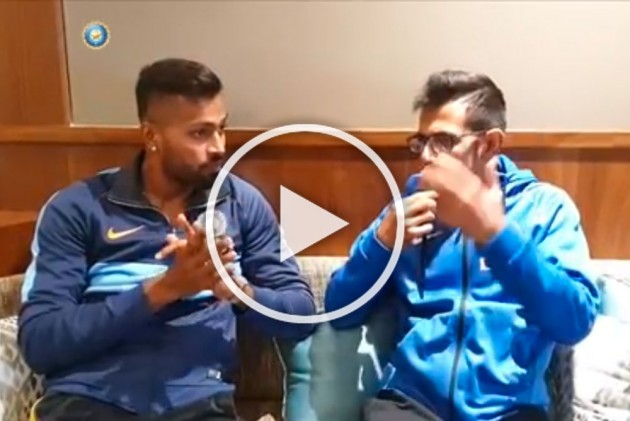 Flamboyant India all-rounder Hardik Pandya has revealed that he felt a lot of "mental pressure" when his efforts to recover fast from his back injury did not fructify.

The 26-year-old had undergone a successful surgery in October last year to treat an acute lower-back injury, which kept him out of action for six months.

He last played an ODI against New Zealand in the World Cup semi-final in Manchester and his last international game was a T20 against the Proteas in Bengaluru in September last year.

Pandya is now ready for his international comeback after being included in India's ODI squad to take on South Africa.

"I missed this atmosphere in these past six months, playing for India and the feeling that you get wearing the team's colours. That had become mental challenge and there were a lot of setbacks," Pandya said during his appearance on 'Chahal TV' ahead of the series-opener.

"I was trying to get back to full fitness quickly but that did not work out and there was a lot of mental pressure at that time. But everything went fine, the rehabilitation went well and a lot of people helped me," he added.

Last month, he was ruled out of the Test series against New Zealand after failing to regain full match fitness but was included

He finally made comeback to competitive cricket by featuring in the Reliance 1 team in the DY Patil T20 Cup, an invitational tournament.

He scored two centuries, the second of which was an unbeaten 55-ball 158 in which he smashed 20 sixes. Pandya said it was an "important innings" for him.

"I had not played a single game for six and a half months. I wanted to make an international comeback so it was very important for my confidence. No matter how much you practice the match situation is always different."

"So I just kept on playing, my confidence kept improving and the sixes were coming of well. I though if they are coming off well, why should I stop and I keep going. But I never thought that I will hit 20 sixes in an innings," he added.