South Africa opener Aiden Markram sustained an injury due to a show of frustration in Pune and has been ruled out of the third and final Test against India at Ranchi. Only a couple of days back, Australia all-rounder Mitchell Marsh broke his bowling hand after punching a wall 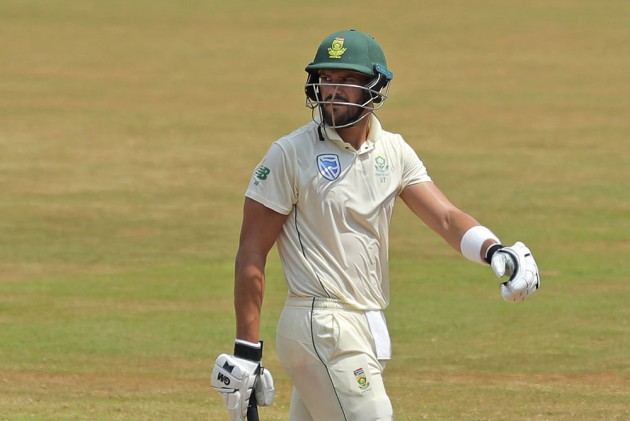 South Africa batsman Aiden Markram is the latest victim of a strange affliction that has been spreading in cricket. And due to which, he is out of the Ranchi Test which starts Saturday.

The opener has been ruled out of the third and final Test against India, thus compounding South Africa's woes, who have already surrendered the three-match series 2-0.

Markram has sustained the injury due to a show of frustration in Pune. Only a couple of days back, Australia all-rounder Mitchell Marsh faced the same trouble.

"A CT scan of Aiden Markram's wrist showed a fracture involving the wrist bones. The medical team has, therefore, ruled him out of the next Test match against India," said Team doctor, Hashendra Ramjee in an official statement.

"Arrangements have been made for him to see a specialist on his return to South Africa for further management of the injury," he added.

Markram, who averaged only 11 in the two tests played against India, felt he was letting his team down.

"It's sad to be going home on this note and I completely understand what I've done wrong and take full accountability for it. It's unacceptable in a Proteas environment and to let the team down is what hurts me the most," said Markram.