India, fourth in Group 2, play Scotland on Friday with an eye on their net run rate. Pakistan have already qualified for the semifinals with four wins. 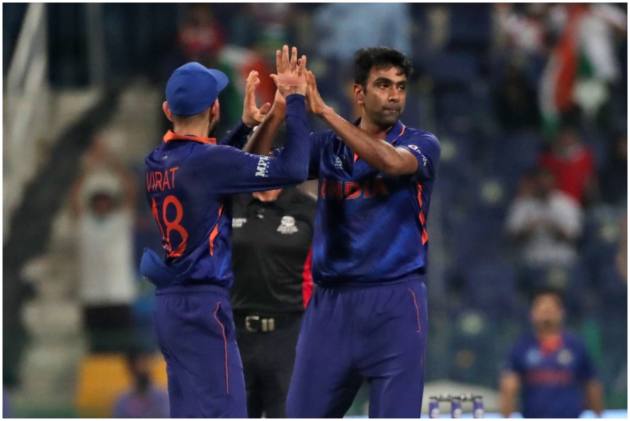 Buoyed after the big win against Afghanistan on Wednesday in Abu Dhabi, India spinner Ravichandran Ashwin still feels they have a chance to make it to the semifinals of the ongoing T20 World Cup in the UAE. (More Cricket News)

India started the campaign with back-to-back losses against Pakistan and New Zealand respectively before returning back on the winning track with a 66-run win against Afghanistan.

While the batsmen made merry against the Afghan bowlers, Ashwin played a key role picking up 2/14 on his return after four years on Wednesday.

“Unfortunately, after the first two losses, I did feel a bit low about it, it wasn’t special, it never is when you lose a game," Ashwin told reporters ahead of India’s crucial encounter against Scotland on Friday.

India currently sit on the fourth position in the table behind Afghanistan and New Zealand.

Expected to win both against Scotland and Namibia in their forthcoming matches, India still need favours from both Afghanistan and New Zealand, to make it to the last four stages. Pakistan, with four wins, have already qualified for the semifinals.

“Maybe our chance of qualification took a bit of a dent but after yesterday’s (Wednesday) win (over Afghanistan), we still do have our fingers crossed and hope things go right. But yes, barring that, it was a special night. Every single delivery that I wanted to execute fell in place,” Ashwin said.

Ashwin went out of India’s white-ball scheme in 2017 at a time when wrist-spinners like Yuzvendra Chahal and Kuldeep Yadav took the front seat. It was also a time when the Tamil Nadu spinner primed his place in India’s Test side.

However, Ashwin refined his skillsets during the time away from India’s limited-overs fixtures and believes the hard work has paid off that he is showing now in the ongoing T20 World Cup.

“Ever since then, I’ve evolved as a T20 bowler, I’ve bowled a lot more many deliveries that are so subtle that people keep terming them as carrom balls, off-spin and arm balls.

“The thinking creates intent and intent translates into practice. Three is a lot of work that has gone there, it's just that the consensus on what I do that needs to change," he added.