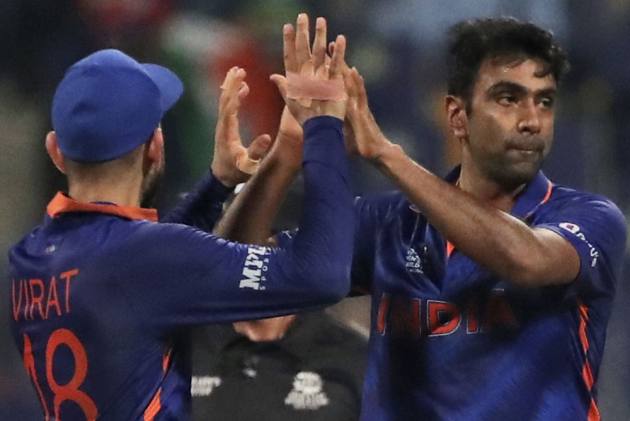 Their fate still not in their own hands, India will again go for broke when they resume their battle for survival in the T20 World Cup in another must-win contest, against Scotland in Dubai, UAE on Friday.

Coming two days after the thrashing of Afghanistan, Scotland, for all their spunk and spirit in the T20 showpiece, provides their fancied opponents another great platform to win it big and boost their net run-rate while hoping that other results go their way.

Despite the annihilation of Afghanistan, India's semifinal prospects remain hanging in the balance thanks to the back-to-back drubbing against Pakistan and New Zealand inside eight days of the tournament proper.

The situation remains do or die for Virat Kohli's band of superstars as they head into their fourth match in the Super 12 stage.

Pakistan have already made the semifinals with four straight wins and New Zealand are favoured to join the Men in Green in the last-four stage from Group 2. However, a loss for the Kiwis against either Namibia on Friday or Afghanistan next week, and India will have their tails up.

India will, though, look to focus on what is within their control and not get bogged down by the talks around scenarios and eventualities.

While they cannot impact the result of other teams' group matches, a big win against Scotland is definitely within India's reach.

After their twin failures against arch-rivals Pakistan and bogey team New Zealand, the Indian batters struck form against an Afghanistan bowling attack considered pretty good by the cricket fraternity.

Days after the questionable move to demote him to number three, Rohit Sharma was back to where he belongs, and he showed his class in signs that are ominous for India's upcoming opponents in Scotland and Namibia.

Rohit did admit that some of the "decision matking" wasn't correct and attributed it to the fatigue factor with the team being on the road for a least a week.

Rohit, his opening partner KL Rahul, and the swashbuckling duo of Rishabh Pant and Hardik Pandya, fired against the Afghans and they will fancy their chances of doing an encore on Friday evening.

The last two if they get a chance to bat as the likes of skipper Kohli are slotted above them in the line-up. Back in the team after missing the New Zealand game, Suryakumar Yadav will be there as well to bolster the batting, and so will be all-rounder Ravindra Jadeja.

If the batting was all about aggression, India's bowling too delivered against Afghanistan, with seasoned off-spinner Ravichandran Ashwin signalling his T20I return after a four-year gap with an excellent spell.

Finally, featuring in the playing XI after endless chatter around his absence, Ashwin not only picked up two wickets but was also very economical with the ball, giving away only 14 runs in his full quota of four overs.

Needless to say, skipper Kohli was delighted with Ashwin's returns and lauded his effort after the game.

"The return of Ash was the biggest positive, it was something he has worked really hard for," Kohli said at the post-match presentation when asked what was biggest takeaway from the massive win.

"He (Ashwin) showed this control and rhythm in the IPL as well. He's a wicket taker and a smart bowler as well."

Ashwin, who last played an international game in June in the World Test Championship, finally got a game after nearly four and half months. He was named in the playing XI after mystery spinner Varun Chakravarthy developed a left calf issue.

That Chakravarthy is not ready for high pressure international cricket has been exposed and it is unlikely he will feature any further in the tournament.

Seamer Mohammed Shami will have his tails up after a three-wicket haul in the last match and so will be Jasprit Bumrah.

Unless there is an injury or two, India are unlikely to tinker with the combination that clicked so well in their last outing.

As far as Scotland are concerned, wicketkeeper Matthew Cross was caught on the stump-mic during their match against New Zealand, reminding his fellow teammate and bowler Chris Greaves that the whole of India is backing him.

The Kiwis beat them by 16 runs but a shock win for Scotland would have made India's task lot easier.

At the Dubai International Stadium on Friday, it will be a different ball game, though.