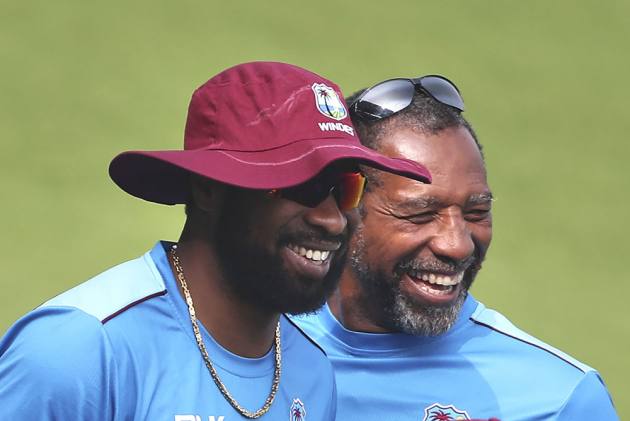 West Indies head coach Phil Simmons feels his team's "best show" may not be enough to beat India in the series-decider at Cuttack on Sunday but the outcome of the game won't "influence" the direction the Caribbean outfit has taken under his guidance.

Simmons, a former player, was reappointed as West Indies coach in October.

West Indies showed a lot of promise to go one-up in Chennai but the home team bounced back strongly to post a mammoth 387/5 en route to a series-levelling 107-run victory in Visakhapatnam.

"I think all the guys know we want to play our best tomorrow and even though we play our best, we might not win," Simmons said on the eve of the match.

The gulf between the two sides has progressively widened in the last decade or so as the West Indies, barring their 3-0 sweep over Afghanistan last month, have gone without a win in 16 bilateral ODI series since August 2014.

However there's a positivity in the camp with their top-ranked batsman in the ICC ODI rankings, Shai Hope in fine form along with Shimron Hetmyer.

"The basic they are telling us is 300, 320 (would be a par score here). That's what you have got to look at these days to win these games and especially against India, you are always looking at 320 to either make it or chase it," he said.

The series has witnessed some interesting exchanges between the two teams known who are known to play the sport with good spirit.

Kohli had given Kesrick Williams a notebook celebration in Hyderabad T20I, but the West Indies pacer had the last laugh in Thiruvananthapuram as he got rid of the Indian captain.

Kohli also gave an angry send-off to his counterpart Kieron Pollard in Visakhapatnam ODI but Simmons said all is well between the two teams.

"You gotta to show me the send-offs and those animated gestures. We are staying at the same hotel and there has been no punch-ups in the hotel and we have had dinner at the same Chinese restaurant lately, a few of us. All is good between us."

West Indies seamer Sheldon Cottrell, their highest wicket-taker, with 12 wickets in the World Cup, made a big splash at the recent IPL players' auction and was bought by the Kings XI Punjab for Rs 8.5 crore.

"It's definitely be a life-changing for anyone because he is getting a million dollars to play cricket. I don't think it is career-changing because he knows where he is at with West Indies cricket and that is a premier fast bowler right now in West Indies white-ball cricket," he said.