Indian opener Rohit Sharma was given out caught behind in the most controversial manner during their crucial ICC Cricket World Cup 2019 group match against the West Indies at Old Trafford, Manchester on Thursday 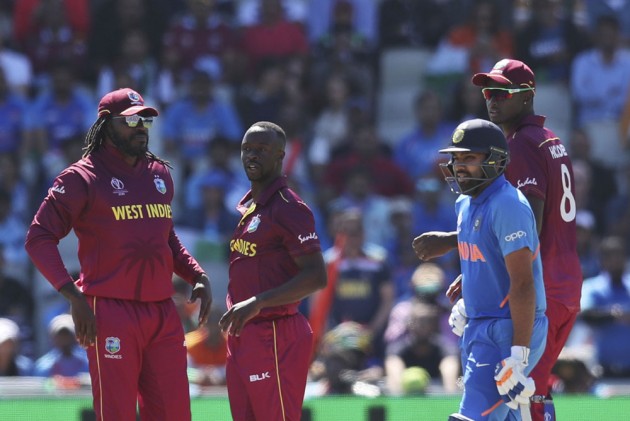 India vice-captain Rohit Sharma, who became a victim of third umpire Michael Gough's oversight during their ICC Cricket World Cup 2019 match, has presented his case using a collage of two screenshots, letting the pictures do the talking.

Rohit, 32, was given caught behind with Gough overturning the on-field umpire's not out decision early in the match. The dismissal became one of the talking points of the match with fans and pundits questioning Gough's rather hasty decision to send the Indian opener back, even though there was no conclusive evidence to prove the nick.

A day after the match, Rohit took to Twitter to show the proof of his innocence.

Skipper Virat Kohli was the leading scorer with 72 off 82 balls, while MS Dhoni contributed with an unbeaten 565 off 61.

The win helped India moved closer to the semifinals. India take on hosts England on Sunday at Edgbaston, Birmingham.