Shreyas Iyer, 25, is gradually settling into the critical number four position in a team that has struggled to find one for the longest time 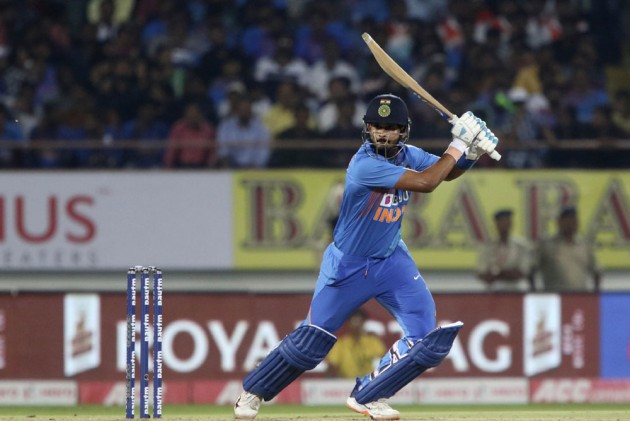 Shreyas Iyer on Saturday said he was flamboyant but not responsible in the beginning of his career, a far cry from the present-day matured man who is displaying both in equal measure while solving India's number four conundrum. (More Cricket News)

The 25-year-old is gradually settling into the critical number four position in a team that has struggled to find one for the longest time.

The Mumbaikar showed his worth with half-centuries in the first two One-day Internationals against the West Indies.

"I think that comes with maturity and responsibility. I was a flamboyant player when I started playing first-class cricket. I never used to take responsibility. I just used to back my instincts and go with the flow," Iyer told reporters on the eve of the series-deciding third ODI at Cuttack.

"Lately, I've realised that once you play at the highest level, you got to take that maturity to another stage. I can even play strokes and I can even nudge the ball and take single, so I know my game really well right now and I can play accordingly."

Midway into IPL 2018, Gautam Gambhir stepped down from the captaincy of the Delhi team, and Iyer was appointed in that role. In the last edition, the rechristened Delhi Capitals made some changes in the setup, but Iyer remained captain in what was their best season as they finished third.

Asked about his sedate 88-ball 70, which he scored in the series opener on a day the top-order failed, he said, "You have to play according to what the team demands. And that's what I did the other day. The team didn't demand me to score big shots at that time, we just needed a big partnership.

"We just needed the scoreboard to keep going. And that's what I did I and I feel that whatever the situation demands, you got to play accordingly. And I'm really happy about what I did in the first game."

Three days later, batting at number five, Iyer was at his explosive best as he smashed a 32-ball 53 to consolidate India's innings in Visakhapatnam.

"I batted at No 5 in the previous ODI. I'm flexible that way. It's just that you got to play according to the situation and what the team demands. And that's what I did. And I know that I can play in both flows."

When asked if Delhi Capitals mentor Ricky Ponting played a role in his transformation, he responded in the positive.

"Ricky Ponting is a very positive guy. He backs every player and that's the best quality about him. He treats everybody equally so he's got an amazing nature as a coach and his man-management skill is outstanding."

Asked about the roles in the 50-over game and T20 version, he said, "It's a different format. In ODIs, you have a lot of time to pace your innings. In T20s you have to play accordingly.

"If you see the ball really well, you can just go on from the first ball, just back your instincts and then that situation, you can't actually control your instincts because you gotta flow. You gotta just go with it."

Virat Kohli got out for a rare duck in Visakhapatnam and Iyer was surprised when he was asked about his captain missing out on the run-fest.

"I don't know why you are asking this question. We are talking about a legend who has scored so many runs.

"We will look to carry forward the momentum. We will try to create that magical moment so that it can affect the team in a positive way.

"Even the last game was a do-or-die for us with the series on the line. We will play with the similar mindset. When the stakes are high, I feel all the players lift up their socks, put up their hands," he concluded.