India last played on March 8, 2020 when they lost to Australia in the T20 World Cup final 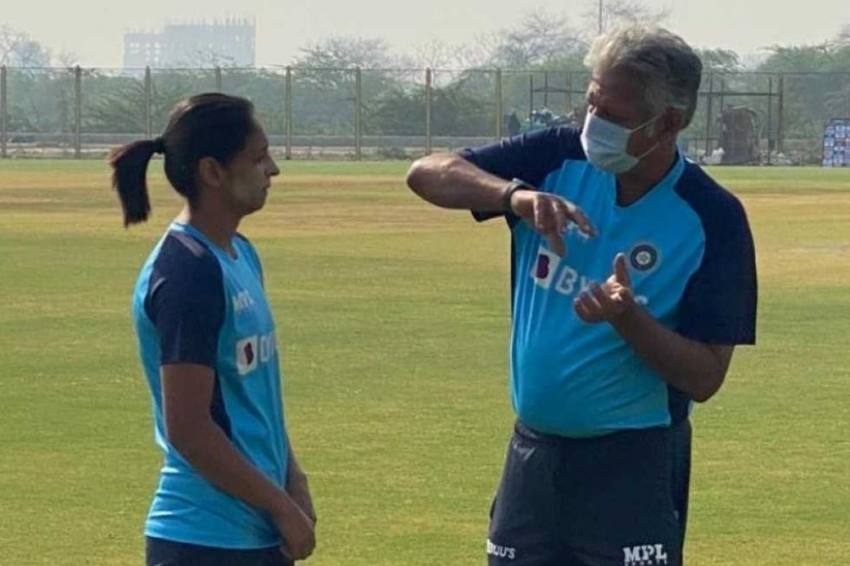 Harmanpreet Kaur talking to coach WV Raman. Kaur insisted that rustiness will not be an issue for them.
BCCI
PTI 2021-03-06T13:18:31+05:30 IND W Vs SA W: India's World Cup Preparation To Finally Begin With Home Series Against South Africa 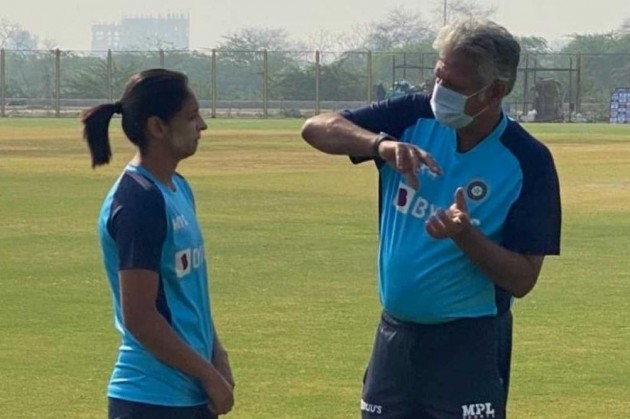 The Indian women's team will finally get to shake off the rust after 12 months of no international cricket and start their ODI World Cup preparation with the five-match series against South Africa beginning here on Sunday.  (More Cricket News)

While the South Africans come into the series fresh from their home rubber against Pakistan last month, the Indians last played on March 8, 2020 when they lost to Australia in the T20 World Cup final.

The quarantine protocol in COVID times have given only two days of nets to both the teams, making it tougher for the players to be at their best from the word go.

It can be safely said that the Indians have fallen behind in their World Cup preparation compared to the likes of England, New Zealand and Australia, who have played more regularly amid the pandemic.

The new selection committee has come in with its own vision and picked six uncapped players for the eight match contest also comprising three T20s, leaving out senior players like Shikha Pandey, Taniya Bhatia and Veda Krishnamurthy. The non- selection of T20 star Shafali Verma for the ODIs has also raised a few eyebrows.

Harmanpreet Kaur, who is Mithali Raj's deputy in ODIs and T20 captain, insisted that rustiness will not be an issue for them and the players are itching to take the field after a long gap.

"It was a long break but sometimes things are not under your control, now we are getting to play cricket and we have to ensure we use this time and make our best combination for the upcoming tournaments," Harmanpreet, who will be playing her 100th ODI on Sunday, had said two days before the series opener.

Though the players did not get much game time over the past one year, they ensured their fitness remained unaffected. Some of the players, including Jemimah Rodrigues and Deepti Sharma, used the free time to play in club tournaments as they did not know when the next India assignment would come.

With the ODI World Cup scheduled in New Zealand early next year, the team needs to explore options in the middle-order and the pace department.

South Africa, who recently beat Pakistan 3-0, will miss the services of their regular skipper Dane van Niekerk and all-rounder Chloe Tyron for the India tour. Sune Luus will lead the side in Niekerk's absence.

The visitors got very little time to get used to the conditions but they go into the series with a lot more match time than the hosts.