India A Reduce West Indies A To 243/5 Despite Fifties From Montcin Hodge, Shamarh Brooks

India A won the first unofficial Test against West Indies A, in North Sound, Antigua by six wickets. 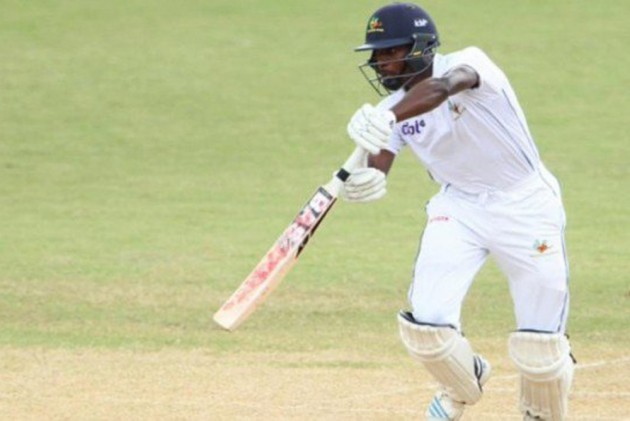 Montcin Hodge and Shamarh Brooks hit half-centuries but India A bowlers fought back with a flurry of wickets in the final session to reduce the West Indies A to 243 for five on the opening day of the second unofficial Test.

Opting to bat, West Indies made a promising start with Hodge (65) and skipper Kraigg Brathwaite (36 off 119) raising an 87-run opening stand on Sunday.

Medium-pacer Sandeep Warrier provided India A with the first breakthrough when he sent back Brathwaite in the 40th over.

Hodge and Brooks (53) then stitched a 62-run partnership before the Indian bowlers struck thrice to dismiss the duo and Sunil Ambris (12), who was trapped leg before wicket off a Krishnappa Gowtham delivery.

Out of the six bowlers used by India A captain Hanuma Vihari, five picked up a wicket each providing breakthroughs to not allow the hosts take opening day's honours.

With Shreyas Iyer and Navdeep Saini joining the national team in the United States for the Twenty20 series against the West Indies, India A made some interesting selection choices.

The team, left out spinner Shahbaz Nadeem, who was the architect of its win in the series-opener with a 10-wicket haul, batsman Shubman Gill and wicketkeeper Wriddhiman Saha who had made a successful comeback in the last game after a long injury lay-off.

As expected, Test opener Mayank Agarwal was drafted into the team though initially he was only picked for the third game, which was to be used as a practice match ahead of the two-match Test series in the Caribbean.

Batsman Anmolpreet Singh was also picked and so was medium pacer Sandeep Warrier. India pacer Umesh Yadav, who had also flown in here alongside Agarwal, was not included.