Sharath defeated Iranian Nima Alamiyan to open the account before getting better of Noshad, also of Iran, in his reverse singles to seal India's fate. 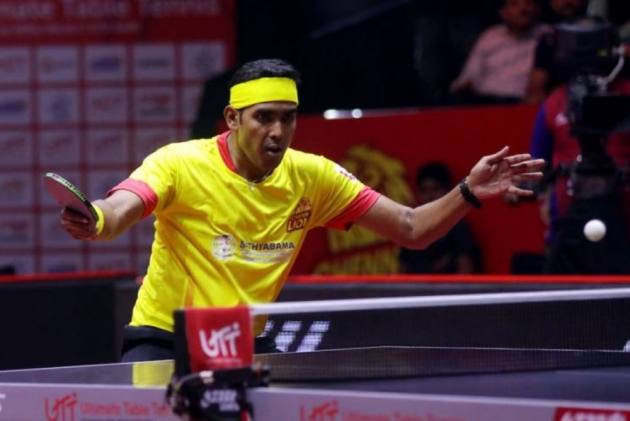 Making most of China's absence, India were on Wednesday assured of their maiden medal in the Asian Table Tennis Championships after beating Iran 3-1 in the quarterfinals. (More Sports News)

India, who had made it to the Champions Division after their stellar showing in the last edition, were also handed a direct entry into the eight-team main draw of the ITTF-ATTU joint event.

But in the next rubber, Harmeet Desai lost to Amir Hossein Hodaei 8-11, 7-11, 11-8, 14-12, 7-11. The fiercely-fought rubber saw fortunes fluctuating from one extreme to another but the Iranian held on to his nerves to reduce the margin.

However, in his reverse singles, Sharath sealed the fate of Iran, beating Noshad 11-8, 11-8, 8-11, 11-9 to ensure India its first medal. The Indians will take on the winners of the South Korea versus Hong Kong match on Friday.

Missing from the lineup is star Indian table tennis player Manika Batra, who decided not to attend the national camp following her match-fixing allegations against national coach Soumyadeep Roy. Sutirtha Mukherjee is leading the Indian women's charge in absence of Batra.