In Tokyo 2020 on Sunday, PV Sindhu won the badminton singles bronze while the hockey team got past Great Britain to enter semis 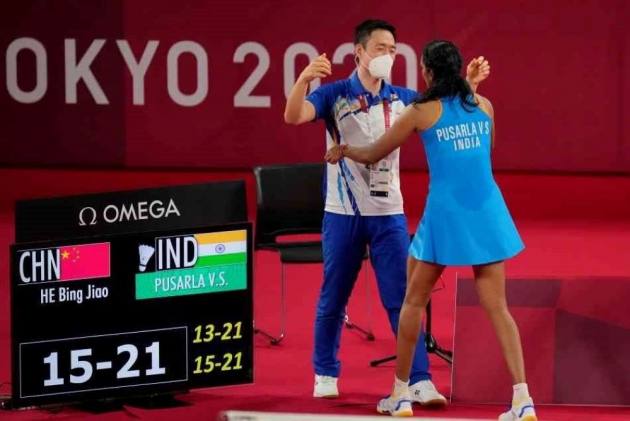 PV Sindhu won the Tokyo Olympics bronze medal and the men's team entered the semifinals of the hockey competition in a super Sunday for India. World badminton champion PV Sindhu defeated China's He Bing Jiao  21-13, 21-15 at the Musashino Forest Sports Plaza to become the first Indian woman to win two Olympic medals. Sindhu had won the silver medal at Rio 2016 but her dream of winning a gold at Tokyo was shattered by Tai Tzu-Ying of Chinese Taipei on Saturday. For the first time after 1980, the Indian men's hockey team is in the semifinals of an Olympics. They beat Great Britain 3-1 at the Oi Hockey Stadium and will play Belgium next. (MEDAL TALLY | AUG 1 HIGHLIGHTS |NEWS)

Eventing individual cross-country: Fouaad Mirza and his horse Seigneur Medicott are 22nd overall. Only the top 25 make the final. The jumping round is next