India Can Win Against Odds In All Conditions, A Mark Of All Great Teams, Says Matthew Hayden

India had recently defeated Australia 2-1 Down Under in a four-Test series. Virat Kohli's men then took an unassailable 2-1 lead over England 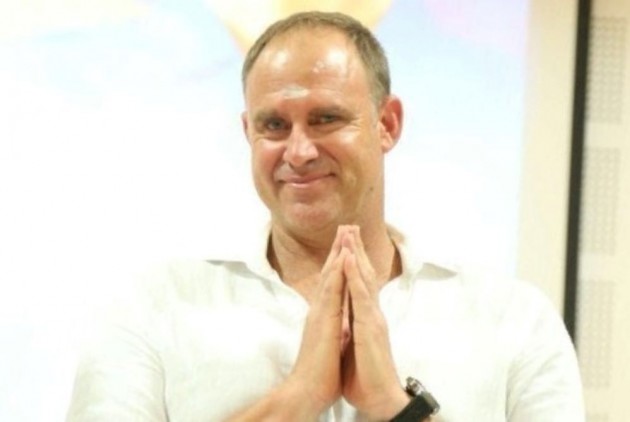 Indian team has all the markings of a great side as it can not only fight it out but win against the odds in all conditions, former Australia opener Matthew Hayden said. Highlights | Scorecard | Gallery | News

India had recently defeated Australia 2-1 Down Under in a four-Test series. Virat Kohli's men then took an unassailable 2-1 lead over England following the 10-wicket win in the third Test at Ahmedabad on Thursday.

"India have shown that they are a modern team who can not only fight it out but win against the odds in all conditions. This is a mark of all the great teams in history. The ability to win both at home and away," Hayden told PTI in an e-mail interaction.

The wickets in Chennai and Ahmedabad came in for sharp criticism during the second and third Test of the ongoing series.

Asked if too much was being made about the pitches especially when they were spin-friendly, Hayden said: "Provided the wickets are not unfairly groomed, reducing the game to only one type of cricket, I don't have a problem with it at all. Conditions should promote an even game.

"Teams, both home and away, tour with several options at their disposal should conditions suit different specialists. That's the modern game, different formats, different conditions and huge resources to account for the same."

Hayden, who scored 8,625 runs in 103 Tests, also had a piece of advice for England batters, who have struggled against the likes of R Ashwin and Axar Patel.

"Typically, the Ahmedabad wicket is not a big turning one. I would only play the sweep shot on slow turners where it is impossible to generate enough power to play shots down the ground. English batsmen should be conscious and play spin according to the conditions," he said.

"Cross-bat shots are dangerous if the ball is not turning, bringing in several modes of dismissal at the one time, LBW, bowled in particular," added Hayden, who used the sweep shot to effectively counter the Indian spinners especially during the 2001 tour.

Asked where had the Australians gone wrong in the Test series loss, Hayden said like England which failed to capitalise on the first Test win in Chennai, his country too lost momentum after the Adelaide triumph.

"England after their fantastic win in the first Test at the M A Chidambaram Stadium in Chennai they failed to capitalise in the 2nd Test match for exactly the same reason Australia lost momentum against the tourists in Oz. Failure to post a huge first innings total," said Hayden.

"England specifically reached an insurmountable total of 578 in the first innings of the first test in Chennai through great batsmanship of skipper Joe Root reaching 218.

"Conversely, Australia in Australia was unable to post match winning totals in the first innings of any Test, unable to convert starts into big totals."

Hayden, who smashed a double ton in Chennai albeit in a losing cause in the memorable 2001 Test series in India, felt South Africa's AB de Villiers was the best exponent of the sweep shot in modern day cricket.

"Very hard to go past Mr 360 AB de Villiers. Brutal player of all the sweep shot elements, reverse, slog, traditional. His power and versatility of playing to all parts of the ground with this shot wins him the title," said Hayden, who has partnered with Creative Monkey Games to launch a gaming application 'Haydos380'.

Asked if the Aussies were struggling to find new batting talent, Hayden said: "No, the Aussies are in good shape with their domestic and international playing talent options.
"What needs to happen is batsmen in particular need to understand this principle of batting, when it's your day make it a match winning day by going on and getting a big score."

The game Haydos380 will be available worldwide and is launching in April.