Earlier, India's legendary cricketer Sunil Gavaskar had criticized the selection committee led by MSK Prasad for being "lame ducks". He also questioned as to why Virat Kohli's captaincy hasn't been reviewed. 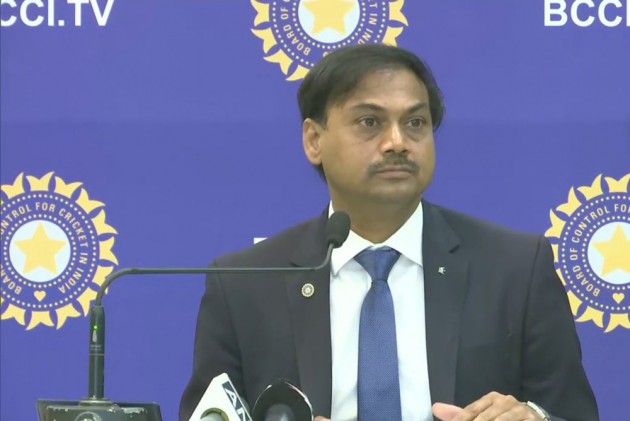 Since India's exit from the 2019 Cricket World Cup at hands of New Zealand in the semifinals, chief selector MSK Prasad has been under fire from all directions. Recently even, legendary cricketer Sunil Gavaskar expressed his criticism through the Mid-Day, lashing out at the selection committee's process of work. He also called them "lame ducks". Speaking about it to PTI, Prasad explained that stature and experience is not the main necessity to be a selector.

Gavaskar had said, "Speaking of lame ducks, the Indian selection committee appears to be one. After the reappointment, he (captain) gets invited to the meeting for his views on the selecting the players for the team. By bypassing the procedure, the message that goes out is that while the players like Kedar Jadhav, Dinesh Karthik get dropped after below expectation performance, the captain continues despite much below par expectations where the team did not even reach the finals".

Prasad said, "It is very unfortunate. We have utmost respect for the legendary cricketers. Every opinion expressed by them is taken in right earnest. They have their viewpoints which is well-received. In fact, more than getting hurt by this kind of comments, it only makes this selection committee stronger, committed and united."

He stated that current chairman for England and Wales Cricket Board, Ed Smith, has played only one Test. Trevot Hohns, chairman of Cricket Australia's selection committee, has played only seven Test matches and cricketing great Mark Waugh works under him.

"If one is talking about stature and international experience, Ed Smith, who is the current chairman for Engand and Wales Cricket Board has played only one Test. Trevor Hohns, who is the chairman of Cricket Australia's selection committee for over a decade and half with a couple of years break in between, has played only seven Tests. And Oh yes, Mark Waugh, who played 128 Test matches and 244 ODIs, worked under Trevor", said Prasad, quoted by PTI.

"Legendary Australian player and captain Greg Chappell, who played 87 Test matches and 74 ODIs for his country, is also working under Trevor now", he added.

"When stature and international experience doesn't come into picture in those countries, how will it come in the way in our country? The point that I am driving here is that every job has its own demands."

"If International experience is the case, then many ex-cricketers, who have played lot of first-class matches can never ever dream to become India selectors. How far is it right and justifiable to comment on stature and international experience of the selection committee when the job actually demands a different expertise to spot talent?"

Revealing the experience of his panel, Prasad said, "Let me tell you that all the selection committee members have played for Indian team in different formats which is the basic criterion to be in selection committee at the time of our appointments. Apart from international cricket together, we have played 477 first class games. Together we have watched more than 200 first-class matches during our tenure. Don't you think our experience as players and as selectors after watching those number of games are good enough to pick the right talent?"