India Cricketer Dinesh Karthik Apologises For Sexist 'Neighbour's Wife' Comment, Says He 'Got It All Wrong' 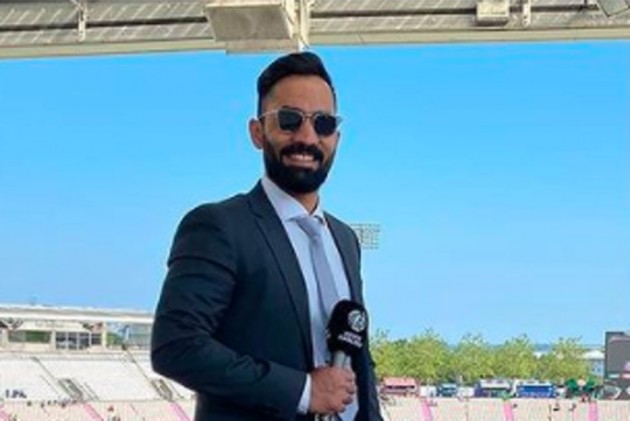 While doing commentary during the second One-Day International between England and Sri Lanka on Thursday in London, Karthik said was heard saying: "Batsmen and not liking bats – they go hand in hand... Most of the batters don't seem to like their bats. They either like another person's bat or... bats are like a neighbour's wife, they always feel better."

Karthik became a target of angry fans for his misogynistic comment. And on Sunday, during the third and final ODI between England and Sri Lanka, he used the same platform to tender his apology, saying he "got it all wrong."

"I want to apologise for what happened last game. It's not really what I intended. I just got it all wrong. I apologise to everybody. It’s definitely not the right thing to say. I got a lot of stick from my wife and my mum for saying that,” he said.

The 36-year-old wicketkeeper-batsman added that he's "really sorry" and "it shouldn’t happen again."

Karthik last played for India in an ODI match against New Zealand at Manchester in 2019. He has so far played 26 Tests, 94 ODIs and 32 T20Is.