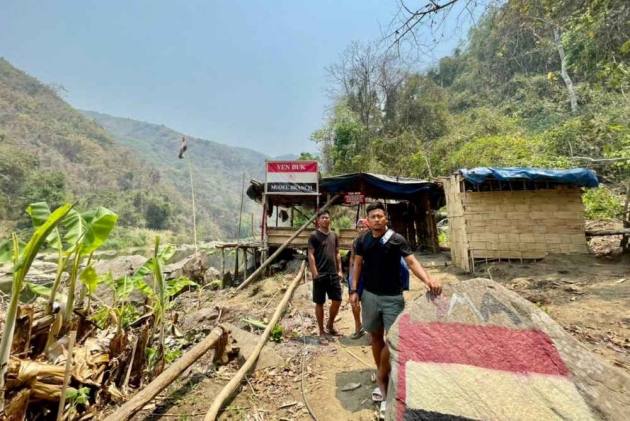 Away from the football field, Indian team striker Jeje Lalpekhlua has been patrolling a long stretch of Tuichang river in his native Mizoram to prevent "overfishing" and help sustain the livelihood of local fishermen. (More Football News)

The Tuichang river recently created a lot of buzz due to overfishing, forcing the locals to keep an eye on it constantly. One of them was the Blue Tigers and SC East Bengal forward.

The footballer, along with a number of youth from his village -- Model Veng Hnahthial -- formed a group that works day and night to help preserve the ecosystem of the river that flows close to their homes.

READ: Jeje Lalpekhlua Comes To The Rescue Of People In Dire Need Of Blood

"Overfishing has greatly reduced the number of fishes in the Tuichang river over the years. It was turning out to be a big problem, even for the local fishermen, who depend on the river for their livelihoods," Jeje said to the-aiff.com.

The local people of Model Veng have identified a 500m stretch along the banks of the Tuichang, where the fish are believed to have their spawning ground, where they set up a 24-hour patrol, taking different shifts, to prevent overfishing.

"Over the last year, we have all taken turns to patrol this stretch to make sure that nobody catches fish in this area. It's very important for us to leave the fish alone, at least in the spawning areas. Just with this small step we are already seeing the results," said Jeje.

"There are so many fish in the river now -- local fishermen say that they haven't seen so many in the river for years.

"The guys in the village have really worked hard to ensure that this happens. They have all taken rotating shifts around the clock for 24 hours to keep an eye on the river banks. I have also been helping out whenever I've been in town," he continued.

"Of course, it's not always possible during the season when we have to spend five months in the bio-bubble in the Hero ISL."

Jeje and the other men have been in constant touch with the local government authorities who have also stood by and supported their conservation activities.

"We have been in touch with the Forest Department of Mizoram. If there are any issues, we inform them. They too lend us support," said Jeje.

"There is a fishing area not very far from the parts where we set up our patrol. But since that is not exactly a spawning area, it has not had as much effect."

Jeje feels that it is important to keep everyone's interest in mind when it comes to protecting the environment.

"This is not just an issue for Mizoram. Depletion of resources is an issue that the whole world is facing right now. The world is getting warmer, and other creatures are being affected.

"We humans have created this problem, and we are the ones who need to set it right. The fish are valuable food resources for many. So we need to be selective with our fishing.

"These are very small steps, but they're not very difficult. If we can continue, some world will be a much better place to live in after 7-8 years."