Even after Brisbane, Australia, was chosen last month to host the 2032 Summer Games, the IOC enjoys a queue of suitors to host the Olympics in 2036, 2040 and even beyond 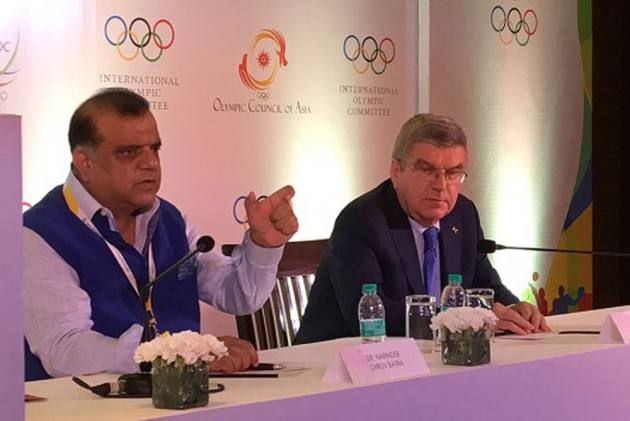 India is among a host of countries who are interested in hosting the Olympic Games in 2036, 2040 and even beyond, International Olympic Committee (IOC) President Thomas Bach has said. (More Sports News)

The IOC recently announced that the city of Brisbane will host the 2032 Summer Games.

Even after Brisbane, Australia, was chosen last month to host the 2032 Summer Games, the IOC enjoys a queue of suitors to host the Olympics in 2036, 2040 and even beyond, Bach said in a report in the 'Wall Street Journal'.

Those aspiring hosts include Indonesia, India, Germany and Qatar, the report added.

"And this is just the ones which come to my mind. So we are really in a very good long-term position," Bach was quoted as saying by the WSJ.

Bach's comments have come at a time when escalating costs, running into millions of dollars, of staging the Games has sparked debates. The recently-held Tokyo Games also faced protest for the amount of money spent in hosting the Olympics.

"In a meeting of an IOC Commission via video conference before Tokyo Olympics, IOA had expressed interest in hosting Olympics in 2036 and beyond," Mehta said.

Delhi Deputy Chief Minister Manish Sisodia had, in March this year, said they would make every effort and upgrade the infrastructure to successfully bid for the 2048 Games, to mark 100 years of independence.

India had also showed interest in hosting the 2032 Olympics as part of a long-term hosting strategy that also included the 2030 Asian Games and the 2026 Youth Olympic Games.

The 2030 and 2034 Asian Games were awarded to Qatar and Riyadh, respectively, in December.