Vinoo Mankad is one of only three cricketers to have batted in every position during his Test career. Later, he also coached another legendary cricketer and fellow ICC Hall of Fame member, Sunil Gavaskar 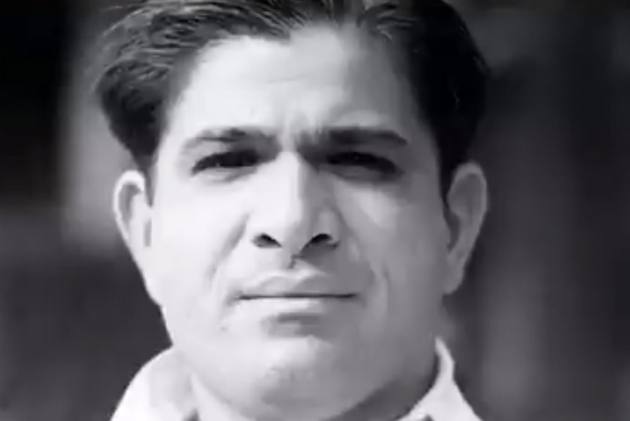 The ICC on Sunday inducted 10 icons of the game, including India's Vinoo Mankad, into its illustrious Hall of Fame with two players each from five eras, dating back to cricket's early days, making it to the list. (More Cricket News)

The announcement has been coincided with the inaugural World Test Championship final, to be played between India and New Zealand from June 18 in Southampton.

"The 10 legends of the game to be inducted have all made a significant contribution to the history of Test cricket, and join an illustrious list of ICC Hall of Famers, taking the total number to 103 as a result of this intake," the ICC said in a statement.

Desmond Haynes of the West Indies and Bob Willis of England were inducted from the ODI era (1971-1995) while Andy Flower of Zimbabwe and Kumar Sangakkara of Sri Lanka were from the modern era (1996-2016).

He was an opening batsman and slow left-arm orthodox bowler. His most famous feat was against England at Lord's in 1952 when he scored 72 and 184 and bowled 97 overs in the match.

He is one of only three cricketers to have batted in every position during his Test career. Later, he also coached another legendary cricketer and fellow ICC Hall of Fame member from his country, Sunil Gavaskar in Mumbai.

On Mankad's induction, Gavaskar said: “Vinoo Mankad’s legacy has been to tell the aspiring Indian cricketer to believe in oneself. He was a great proponent of self-belief."

"He was the one who kept saying to me that you need to keep scoring runs and keep at it. When you get a 100, let that be the knock on the selector's door. If it is unheard, then score that double hundred and let that knock be even louder."

"You can have the best technique, but if you do not have the temperament to support it you will not succeed, you have to keep hanging in there and have that self-belief. That was the greatest lesson I learnt from him."

One of the greatest wicketkeeper-batsmen and astute captains of the modern era, Sangakkara played 134 Tests, scored 12,400 runs at 57.40, took 182 catches and effected 20 stumpings, and was grace personified at the crease. He ended his career as the most prolific run-scorer of his country.

An era earlier, Haynes was one half of the most prolific opening batting partnership in Test history alongside Gordon Greenidge. He played 116 Tests, scored 7,487 runs at 42.29. He featured in four ICC World Cups in the ODI era.

Willis spearheaded the English bowling attack during some of their most memorable moments. He played 90 Tests, taking 325 wickets at 25.20.

Standing two metres tall, he could make the ball bounce awkwardly on most pitches and possessed an excellent yorker and bouncer. His greatest result was the famous 8/43 that helped beat Australia at Headingley in 1981.

A superb batsman of the post-war era, Dexter played 62 Tests, scored 4,502 runs at 47.89, took 66 wickets. He later served as England’s chairman of selectors and played an influential role in developing what is today’s MRF Tyres ICC Player Rankings.

The ICC Hall of Fame Voting Academy, comprising active Hall of Fame members, a FICA representative, prominent cricket journalists and senior ICC figures, had voted online to identify their selections for induction in each of the five eras.