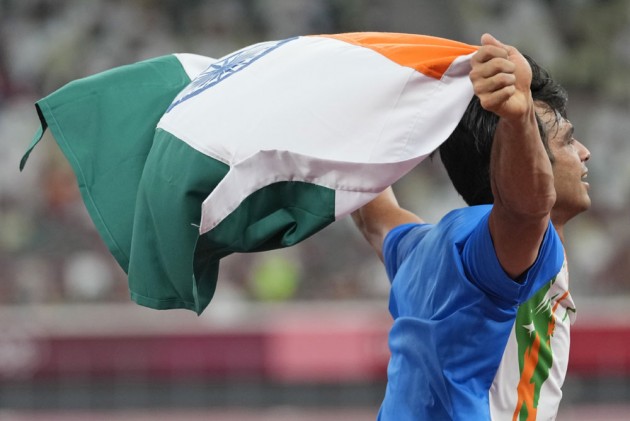 Despite fetching its best-ever haul with seven medals, India finished a lowly 48th in the Tokyo 2020 final standings as the traditional powerhouses USA and China continued to dominate the Olympics. But the story is different in the virtual world, where fans across the globe used social media platforms to applaud, celebrate, and show support for their favourite athletes and nations.

But on fan's social media 'performance', cheering Indian athletes was something to celebrate about. Ranked by a number of people talking about the Olympics on Facebook, India beat the United States with Brazil, the Philippines and Mexico completing the top five, according to a release. India was ranked fifth loudest country on Facebook during Rio Olympics five years ago.

On the same platform, India's javelin thrower Neeraj Chopra is second behind American gymnast Simone Biles among the most mentioned athletes over the course of the Games (globally). Filipino weightlifter Hidilyn Diaz, another American gymnast Suni Lee and British diver Tom Daley completed the top five.

READ: What Did Neeraj Chopra Get As Gifts

Chopra, 23, became the first Indian athlete to win a medal in athletics, and only the second from the country to win an individual gold medal after Abhinav Bindra (shooting, 2008 Beijing Games).

Biles, 24, is often regarded as one of the greatest gymnasts. But at Tokyo 2020, she will be best remembered for bringing the mental health issues faced by athletes to the forefront. In fact, she won plaudits for bravely deciding not to compete in multiple finals -- vault and uneven bars, besides the individual all-around medal round.

During the course of the Games, Chopra gained a whopping 2.6 million Instagram followers for an astronomical increase of 19000 percent for a global second. Brazil skateboarder Rayssa Leal got 5.8 million followers (+667% increase). Biles' gained 2.3 million (+53% increase).

Sindhu settled for the bronze medal after beating He Bing Jiao of China in the women's singles semi-final. In the semis, the Indian shuttler lost to to Tai Tzu-ying of Chinese Taipei.

Tai Tzu Ying’s post thanking everyone for their support while she competed in Tokyo was the Facebook post from an athlete that drove the most interactions over the course of the Games, with more than 1.3 million interactions. She lost to Chen Yufei of China in the final.

Leal’s video of her skateboarding journey is the most-liked video from an athlete over the course of the Games, with more than 11 million views.

Here are the most-played Olympic-related Reels during the Games (globally):

And the most mentioned sports on Facebook over the course of the Games (globally) are - Track & Field, Gymnastics, Rowing, Boxing and Swimming.