The 26-member team includes 16 athletes, who will compete in the individual events, five male athletes for the men's 4x400m relay event and two men and three women for the mixed 4x400m relay 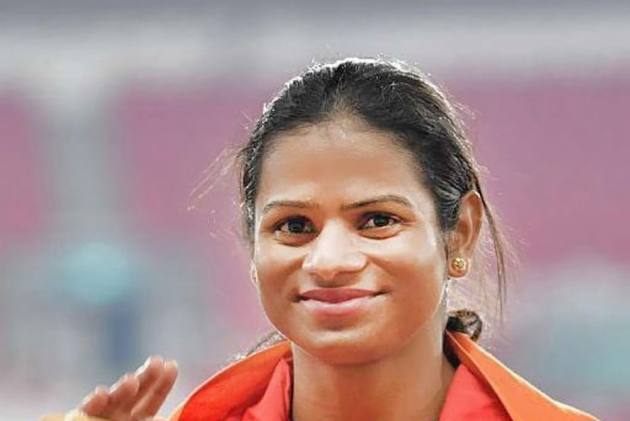 The Athletics Federation of India (AFI) on Monday announced a 26-member team, including ace sprinter Dutee Chand, to compete in the upcoming Olympic Games in Tokyo. (More Sports News)

Gurpreet is the latest inclusion assured of qualification, according to the AFI.

The 26-member team includes 16 athletes, who will compete in the individual events, five male athletes for the men's 4x400m relay event and two men and three women for the mixed 4x400m relay.

All three women set to compete in the mixed 4x400m relay were picked by the federation on the basis of trials held on Sunday.

The athletics events start on July 31 and will run through August 9.

AFI President Adille J. Sumariwalla said the federation is looking forward to a good show by the team.

"We are happy that it is a well prepared team, physically and emotionally, for the Olympic Games. The world has been through a lot and athletes have been challenged to stay in good shape, retain form and in good spirits.

"We are pleased that our athletes have remained in training ever since lockdown was lifted," he said.

Sumariwalla said it was significant that as many as 12 individual athletes and the 4x400m mixed relay team had attained Entry Standards, laid down by World Athletics, to secure automatic berths.