Sent in to bat in the first ODI, India Women played 181 dot balls to post a modest 201 for eight, which England Women chased down with 91 balls to spare 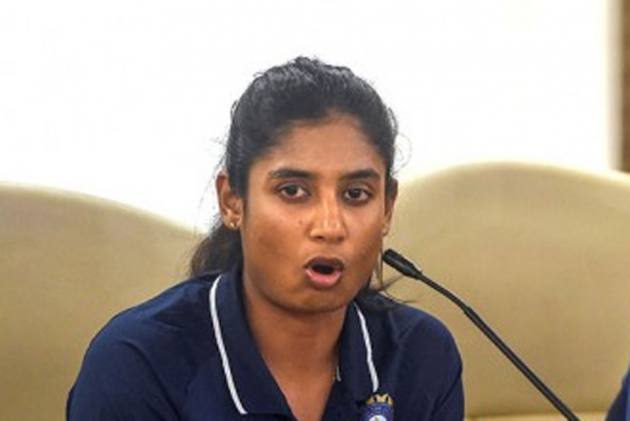 Raj blamed both the batting as well as the bowling units for India's below-par show in the first ODI against England on Sunday, which the visitors lost by eight wickets to go down 0-1 in the three-match series.

Sent in to bat, India played 181 dot balls to post a modest 201 for eight, which England chased down with 91 balls to spare.

"Yes, we need to look into that aspect and keep on rotating strike," Raj said about the dot balls during the post-match virtual press conference.

"We need our top-5 batters to get runs. We also need to understand that England seamers are very experienced. They know how to bowl in their conditions."

She said her side's seam bowlers were not up to the mark.

"So we need to groom fast bowlers other than Jhulan. They should learn on how to understand conditions and bowl well accordingly," she added.

Raj made a patient 72 off 108 balls to help India go past the 200-run mark after the early dismissals of openers Shafali Verma (15) and Smriti Mandhana (10).

But her knock was not enough as Indian batters failed to rotate strike and find boundaries to accelerate scoring rate.

"Our batting line up needs to fire at some point.

"Over the years we are far more comfortable chasing than posting targets. We need to work on that, we need to know how to get 250,' she said.

"But we just cant go bang bang and lose wickets. We need to know when to push the acceleration and how to get that."

Hinting that there might be a few changes in the composition of the playing eleven in the second ODI, Raj said the team management also needs to back the players side by side.

"It is important to back players especially who has done well in the past. Sometimes it is a gamble to play stroke players. But we need to back players to groom them keeping the World Cup in mind.

"Apart from the captain, coach and support staff, the selectors also play a big part in that and we are in constant touch with them," she said.

"We will definitely look into the composition, a little bit shuffle in the batting order to get over the line."

The skipper said standing at the twilight of her career, it is her duty to groom her replacement and future stars of the team.

"...when it comes to finishers we clearly don't have players for that slot who scored runs at the domestic level. We need to groom someone who shows potential in that area.

"I have got most of my runs in No. 3 slot but it is important to get batters in that slot. We need to have batters who can score runs. I am not going to play for long so it is my duty to groom players," Mithali said about her decision to drop down the order at No. 4 from her preferred No. 3 slot.