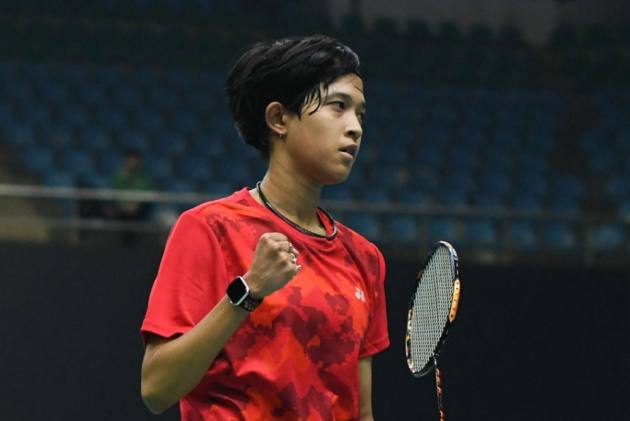 Young Indian shuttler Ashmita Chaliha recorded the first upset of the India Open when she stunned fifth seed Evgeniya Kosetskaya while top seed PV Sindhu sailed into the women's singles second round of the tournament in Delhi on Tuesday. (More Badminton News)

Earlier in day, unseeded Chaliha took just 31 minutes to get the better of world number 28 Russian 24-22 21-16, while double Olympic medallist Sindhu cruised past compatriot Sri Krishna Priya Kudaravalli 21-5 21-16 in her opening round.

However, it was curtains for Chirag Sen as he lost 8-21 7-21 to Soong Joo Ven of Malaysia in the men's singles opening round.

In her opener, Chaliha began strongly by employing her down-the-line smashes to open up an 11-5 lead.

However, the Indian made a lot of errors after the break and Kosetsyaka pounced on the opportunity to first level the score at 14-14 and then fight back from 16-19 to earn her first game point.

But the girl from Guwahati, who had lost to the Russian in their earlier contest back in 2019, managed to regroup and forced her opponent to make an unforced error and then saved two more game points before clinching the opener with a smash.

The second game followed a similar trajectory as Chaliha opened up an 11-4 lead, only for the Russian to close in to 19-16. However, the Indian was more in control this time around and kept her cool under pressure to finish off the match in 31 minutes.

"I haven't played a lot of matches in the last few years. So, I was nervous and that affected me midway in the opening game. But once I won the first game, I was more confident and so I was relaxed in the second game," Chaliha said after the match.

"It is a big event and I was looking forward to playing the Russian but I played safe and it helped to pull out the match.

"This was one of my biggest wins. I played her before in I had lost to her in straight games so it was my biggest win," she told reporters in a virtual press conference.

Sindhu will play the winner of the match between Egypt's Hany Doha and India's Ira Sharma.

The easy win notwithstanding, Sindhu said polishing one's skill set during the off-season is key to success in a competitive sport like badminton.

"Definitely, I need to tune my game a lot more and work on my skills, also add more weapons because everybody is going to read your game.

"So it is important to change your game against that player because nowadays they watch your previous matches, so you have to strategise accordingly," Sindhu insisted.

"I have to patiently work on that, not just play one type of game, sometimes opponents don't allow me to attack, so I need to play a defensive game and I have to be perfect in that."

Talking about her first outing in this year's India Open, Sindhu said: "I played with her a long time back. I didn't take it easy. The first match is always important. Playing the first day at the stadium, I had to make sure that my strokes were coming good and I just maintained the lead and finished off the match."

In the other matches of the opening session, the mixed doubles pair of K Sai Prateekh and Gayatri Gopichand defeated Ishaan Bhatnagar and Tanisha Castro 21-16 16-21 21-17.

The men's doubles top seeds Mohammad Ahsan and Hendra Setiawan of Indonesia got their campaign off to a winning start by beating India's Prem Singh Chouhan and Rajesh Verma 21-18 21-10.