India Open 2022 will start with the main draw from January 11 and no spectators will be allowed at the venue, owing to the COVID-19 pandemic. The tournament will kickstart the 2022 international season. 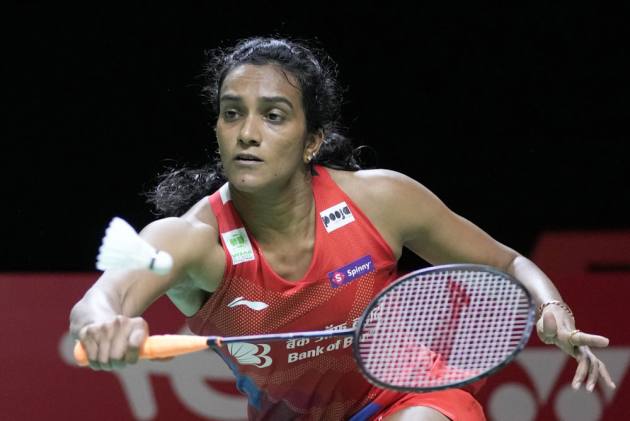 Former champions Kidambi Srikanth and PV Sindhu of India have been given the top billing in the men's and women's sections, respectively, as the Yonex-Sunrise India Open badminton returns after two-years hiatus. (Mor Badminton News)

The tournament will start with main draw from January 11 and no spectators will be allowed at the venue, owing to the COVID-19 pandemic.

The tournament, organised by the Badminton Association of India (BAI), will kickstart the 2022 international season.

BAI general secretary Ajay Singhania expressed his delight that the tournament is going ahead and is confident that it will be a grand success like the earlier editions.

"The India Open has become an important event on the BWF calendar. We have taken all possible precautions for the safety of the players and officials and we will try to engage fans through various online platform and live broadcast on television," he said.

Double Olympic medallist Sindhu will lead the charge in the women's singles section which also has the likes of two-time champion Saina Nehwal, Thailand's Busanan Ongbamrungphan and Singapore's up and coming Jia Min Yeo.

Sindhu, winner of the 2017 edition, said playing without fans would be a bit of a dampener but she was as motivated as anyone to clinch her second tournament title.

"I have always looked forward to playing in New Delhi as India Open has always had full house crowd with great atmosphere as winning a tournament at home is always special for any player."

Men's singles top seed and former champion Srikanth said the tournament provided him the perfect opportunity to build on his World Championships success.

"It's a long season for all us with the Asian Games and Commonwealth Games scheduled later this year. Starting the season on home turf gives me a perfect opportunity to start the year on a winning note," said the former World No. 1.

The 10th edition of the tournament, which is being held after a gap of two years following the coronavirus outbreak in early 2020, will see participants from 19 countries across five categories.

World Championships bronze medallist Lakshya Sen is also keen to leave his mark in his first appearance in the home tournament.

"I have always looked forward to playing the India Open. I had to wait for two years due to the coronavirus pandemic but I am confident of putting my best foot forward this week."

Due to the COVID-related restrictions, strict protocols are followed and all players have to go through mandatory tests before entering the venue.

Vikramaditya Dhar, the Managing Director of Sunrise Sports India Pvt Ltd., insisted that supporting the tournament is part of their commitment to the sport.

"Badminton is one of the most popular sports in the country and the Yonex-Sunrise India Open has played an important role in bringing top-level badminton in the country.

"As badminton action re-starts after the two-year break, we are committed to do everything that helps the sport to grow further," Dhar said.